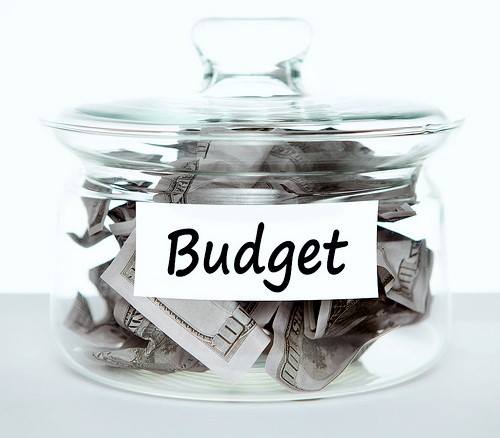 Differences between 2016 draft budget and 2015 budget

The parliament of Georgia is assessing the 2016 draft budget, which does not differ from the budget of 2015, with second reading. Substantial part of the revenue from taxes, to be gained with the anticipated 3% economic growth rate, is distributed proportionally among the allocations provided for different programs and activities. In addition, the programme budget does not explain or substantiate the programmatic results of increased spending. Furthermore, the programmatic part of the budgets of 2015 and 2016 are identical in almost all directions.

Three major priorities were identified in the 2016 draft budget: 1) Health and social affairs; 2) Regional development and infrastructure; 3) Education and science. As the pattern of budget allocation indicates, the budget of 14 out of 19 ministries were increased in comparison to 2015. It is important to note that 345 mln GEL increase in the budgets of the Ministry of Education and Science (135 mln GEL); Ministry of Labor, Health and Social Affairs (285 mln GEL); Ministry of Energy (21 mln GEL); Ministry of Agriculture (14 mln GEL), is financed from the state budget. Considering that the planned nominal GDP is 33.9 mln GEL, while the inflation indicator is at 4.5%, the real economic growth is expected to be 875 mln GEL, which is 180 mln GEL (23% of GDP) of tax income. Therefore, 50% of the ministries’ increased budgets come from non-tax income and other financial resources, including domestic and foreign debt.

In comparison to 2015, the decrease in internal public debt is planned via emission and redeeming of treasury bills and treasury bonds. This year, net debt is estimated to grow by 200 mln GEL. Salaries for civil servants will also grow by 57 mln GEL, out of which - 44,2 mln will be used to fund LEPL Emergency Management Agency, which was financed by funds from local self-governing entities prior to 2015. It is important to note that the volume of allocations for local self-governing entities decreased and amounts to 600 mln GEL, since 300 mln GEL is directed to their budgets via certain types of income tax.

The Effects of Budget on Macroeconomic Stability

The planned budget deficit does not promote the retaining of stable exchange rate in the short-term. In the light of 35% depreciation of GEL and high dollarization level, the trust toward the national currency is significantly decreased, which means that very little is enough to aggravate negative expectations in the society. After external shocks were already reflected on the exchange rate, the National Bank of Georgia intervened to manage expectations and expresses readiness to do the same in case of need. It is important to note that monetary (policy related to supply of money) and fiscal (tax rate, the structure of the budget expenditure, the size of domestic and foreign debt, budget deficit, etc) instruments should have one direction and should contribute to positive expectations toward national currency in the society. Therefore, it is preferable to plan budget surplus and balanced budget in the worst case scenario.

It is clear that increased obligations will be spent on:

It means increasing consumer expenditure that has negative effect not only on exchange rate in the short term, but on general price level as well. The process propels national bank for monetary intervention. This intervention increases the probability of monetary rate increase and questions the possibility of attaining planned 5% economic growth.

The principal problem for Georgia is tackling poverty and high unemployment. The estimated 3% real economic growth rate implies that this problem will not be solved in the long-term perspective. In 20 years, our GDP per capita will be equivalent of contemporary living standards in Azerbaijan, whereas in regional and global context this means that we will stay on the same position as today in competitiveness index, poverty index and etc. The flawed vision of the government about economic growth is evident as well.

Similar to previous years, spending part of the 2016 draft budget is directed toward financing new enterprises and small businesses (up to 1 bln GEL - 9% of the budget). Number of foundations were established and discussions were followed about uniting these foundations, creating national bank and copying German KFW (German government-owned development bank) model (selling government bonds with guarantee and issuing long-term credits with lower exchange rate compared to the market rate).

Entrepreneurial thinking, first and foremost, means the possibility of creating innovations. This implies creation of products, which will attract the interest of the global society. In itself, allocation of millions increases access to finance, however does not ensure economic growth, as such activities don’t promote entrepreneurial thinking. The state will never become an enterprise focused on business and this contradicts modern economic theories. Therefore, the major setback of loans on favorable terms , “free money” or subsidies is to what extent can the government identify citizens with entrepreneurial thinking.

In such conditions, economic activity increases at the expense of production and growth, as intervention in free market takes place. In specific sectors, resources are divided not according to its market value or price, in other words rationally, but according to the criteria set by the government. When people realize that taking loans does not require the “sacrifice” set by the market rules, the number of people willing to take the loan will increase dramatically, increasing demand on loans. However, in such conditions it will be almost impossible to determine who can actually estimate the future revenues correctly. Therefore, the likelihood of a loan being given to the person who can start a profitable enterprise decreases, while at the same time, the probability of giving the loan to a person who will not be able to use it properly or will simply “waste” it - increases.

Development of small enterprises does not depended on easy access to government funds, but on entrepreneurial thinking, which is in direct correlation with profound knowledge of the area, including specific knowledge most of which is based on research-based knowledge.

The only way out of the problem is the consistent policy oriented on economic growth, which includes:

In well-developed countries, the problem is less severe, since governments manage to allocate the income saved up by the society over the years. The quality of life in Georgia significantly lags behind these countries. The government cannot provide free education and healthcare, since it requires different amount of income. Any attempts to do so will fail and whatever is still accessible, will disappear. The only way out is the economic growth, which is only attainable via fulfillment of abovementioned conditions. Attempting to do both will neither increase income, nor provide free social services. From this standpoint, the 2016 draft budget is not oriented on economic growth.

As the 2016 draft budget illustrates, the government tries to create jobs using state resources. Many of the high ranking officials in the government have illusion that allocating millions of dollars from the budget will help to overcome the poverty and to develop business. In fact, this is just an illusion, wishful thinking, that contributes more to further recession, than to economic growth.

The issue of wages is still a crucial aspect, that takes up to 16% of the state budget, 4% of the GDP and 6% of economically active (workforce) population. Logical doubts arise that the workforce is ineffectively used on numerous directions of budget administration.

Budgetary program does not illustrate the following:

The abovementioned components should be the integral part of the program. Therefore, it is impossible to assess the effectiveness of costs and utilized resources in terms of the results according to the package program attached to the budget. However, analyzing the budget spending during 2012 and 2015, there is an impression that neither staff list nor other resources (service and goods) are effectively used for the public good that needs to be created and/or allocated. For instance, despite the fact that the financial support for the ministries of Energy, Regional Development and Infrastructure, Education, Agriculture, and other sectors of economy is increasing, spending agencies are not able to fully utilize the resources on time. The statistics of failed tenders is significantly high, so are the numbers of contracts signed with one person due to urgent necessities. Regardless, neither 2015 budget nor 2016 draft budget justify the need for increasing the wage expenditure of state apparatus by 385.5 mln GEL in 2015.

In addition, there is a possibility to release ineffectively used 2 bln GEL approximately from number of ministries and LEPLs. This measure will enable to easen the tax burden (up to 20%) and will encourage the policy focused on the flow of investments.

As a result, economy will grow in the mid and long term. However, in case the government’s priority is social support instead of economic growth, the release resources will enable the increase in pensions, which would be more obvious measure than universal healthcare program, subsidies, support for small businesses and number of unjustified expenses of other ministries (ex: bonuses and their relation to created good), whose assessment of effectiveness is practically impossible, while the resources spent on it - wasted.

3. Information on detailed classification of assigned resources on programs and events included in 2016 draft budget

10. Information on outcomes and indicators of programs included in 2016 draft budget (Appendix on budgetary program)

11. Information on measures under the economic classification “other costs” included in the 2016 draft budget. Tbilisi, 2015