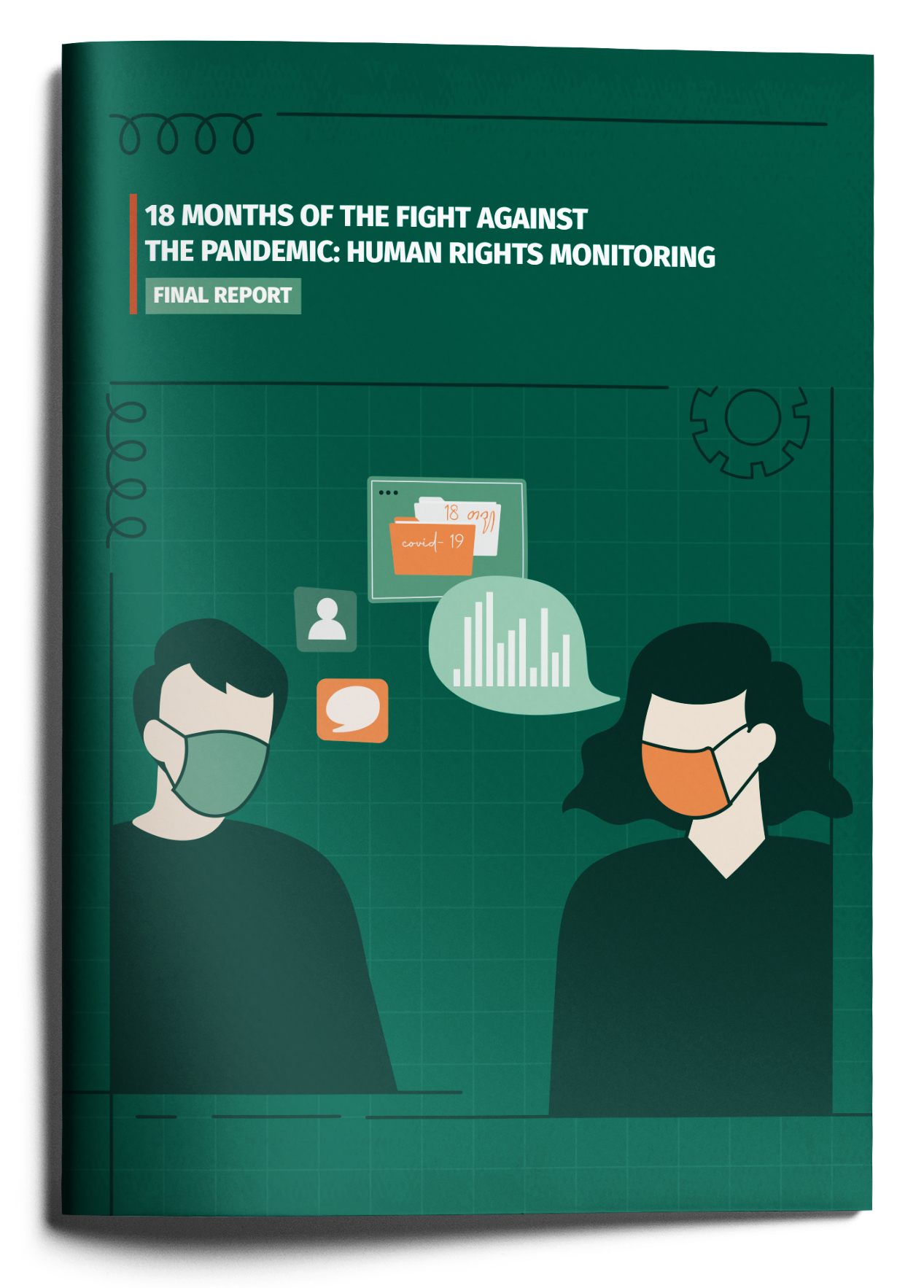 From the beginning of 2020, Georgia had made efforts to combat the pandemic caused by the spread of the novel coronavirus. The effects of this endeavor have left no domain of social relations untouched. The spread of the pandemic most severely affected basic human rights, as it was their restriction that became the main tool in the fight against the pandemic.

Constitutional democracy and the rule of law in Georgia face many challenges. Trust towards independent constitutional institutions and the judiciary is significantly low. An issue to be considered is the refusal of opposition parties to enter Parliament. Mentioned factors lead to the questioning of the existence of effective political or legal control over the extraordinarily increased powers of the executive.

Numerous constitutional rights were restricted in the name of pandemic management during this period. Many substantive and procedural problems were identified both in terms of setting restrictions and enforcing them. Every part of it has negatively affected the quality of human rights protection and the rule of law in Georgia.

The fight against the pandemic in Georgia can be divided into three stages. Before the emergency, during the emergency, and under de facto emergency. The present report presents the main problems identified in terms of basic human rights protection in each of the named periods.

Regarding the Parliament of Georgia

Regarding the Executive Branch

- All major decisions on pandemic management issues in Georgia, including the restriction of basic human rights, are initiated by the Interagency Council, which is the deliberative body of the government. All members of the Government of Georgia are simultaneously members of the Council as well. The rules of the procedures of the Interagency Council are not published in the Legislative Herald of Georgia. It was revealed that no such rules exist at all. The government only determined the Council’s composition.

- The meetings of the Interagency Council are closed. Consequently, decisions to impose systemic restrictions on human rights are usually communicated to the public after their adoption.

- Enforcement of Covid regulations raises many legal issues, posing risks of unequal treatment, circumvention of the formal order and, as a result, risks of violation of numerous fundamental rights.

- There is no scientific research publicly available that assesses the extent of the positive effects of the curfew and the degree of its effectiveness in terms of pandemic retention within Georgia [It is unknown whether such a document exists].

- Curfew was used against the participants of the manifestations. Forms and methods used to execute the curfew created the risk of religious discrimination and other forms of inequality.

- According to Google, during the curfew (until June 30, 2020), the population spent 9% less time staying at their places of residence compared to the pre-pandemic indicator in Georgia. The data indicate that the curfew only translates into effective results when it is used in conjunction with other restrictions.

- The impression remains that the state did not use the curfew as an extremely necessary, narrowly tailored measure to the exigencies. The duration of the curfew called into question the proportionality of this instrument.

- The proper exercise of civil oversight is substantially impeded by the restriction of access to information. Public institutions usually do not proactively publish many important pandemic-related data. During the state of emergency, the deadlines for issuing public information were blankly suspended.

- The vast majority of responses to public information requests provided by public institutions were issued in violation of the deadlines provided by the law. Moreover, the data provided often proved to be incomplete.

- Both the common courts and the constitutional court did not or could not respond promptly to the systemic legal problems related to the pandemic.

Regarding the enforcement of Covid regulations

- Signs of punitive and exemplary punishment or intimidation of persons exercising freedom of expression [manifestation/protest] were identified.

- Tens of thousands of illegal fines have been issued by law enforcement agencies.

- 38% of the violations of isolation and quarantine rules identified by the MIA are from Tbilisi. Adjara and Kvemo Kartli share second place with 11%, while Kakheti is in the third place with 9%.

- According to the number of violations detected jointly by the MIA and the Ministry of Health, Tbilisi ranks first with 31% of violations, followed by Guria with 5%.

- In total, the MIA and the Labour Conditions Inspection Department imposed fines amounting to more than 50,000,000 GEL during the pandemic.

- Due to the lack of relevant data provided by public institutions, there are some unresolved questions regarding the process of detecting violations of Covid-19-related regulations, as well as the enforcement of detected violations.

- On June 23, 2021, the Government of Georgia and on June 24, 2021, the faction (United National Movement - United Opposition - "Power is in Unity") registered two different initiatives in the Parliament of Georgia regarding amnesty for the administrative penalties for violating Covid regulations.

- An initiative registered by the government exempts legal entities and individuals from unpaid administrative fines. It does not define the "amnesty period" of the bill at all. The government's initiative also provides for exemption from punishment for administrative offenses committed in the future (before the adoption of the draft law).

- Contrary to the government's initiative, the initiative registered by the „United National Movement“ - United Opposition – „Power is in Unity“, exempts from the administrative penalty the persons who had the penalty imposed before July 1, 2021; in addition, it envisages that paid fines must be reimbursed.

- The involvement of the Parliament in decisions regarding the restriction of basic human rights during the pandemic must be increased. The Parliament should utilize all of the oversight instruments assigned to it by the Constitution and the Rules of Procedure. The issues regarding the curfew should be the subject of parliamentary debate.

- The Government, the National Security Council (Operational Headquarters), and the Ministry of Internal Affairs should ensure proactive access to open data and information related to pandemic management and enforcement.

- The state should pay special attention to the protection of equality in the process of introduction and enforcement of Covid related regulations.

- Common and Constitutional Courts should give priority to cases that have challenged the constitutionality/legality of existing restrictions on pandemic management.

- The common courts should ensure that decisions on pandemic cases are published and/or otherwise accessible.

- The Parliament of Georgia must ensure the timely adoption of the amnesty announced by the Prime-Minister for the violation of Covid regulations and the conformity of the law with the legitimate expectations created by the executive power.