The Number of Officials Prosecuted for Illegal Wiretapping is Still Unknown 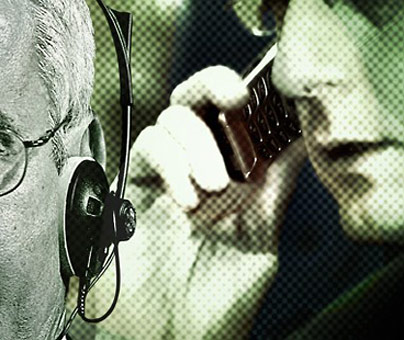 In the year of 2014 IDFI has referred to the Prosecutor’s Office of Georgia, Investigations Service of the Ministry of Finance, Ministry of Defense and the Ministry of Internal Affairs with the request to provide us with the information on the number of investigations launched on the bases of articles 158 and 159 of the Criminal Code of Georgia, namely: Disclosure of Secrecy of Private Conversation and disclosure of privacy of personal correspondence, telephone conversation or other massage. Precisely the information requested included:

The information received clarifies that during 2011-2013 the Prosecutor’s Office did not launch an investigation or prosecution based on articles 158 and 159, among them on the cases of illegal wiretapping. At this point the reference to the well-known case of 12 former employees of the Prosecutor’s Office being held under custody for the conduct of the criminal action, inter alia for the disclosure of the secrecy of private conversation is important. The case took place on the 15th of November 2012. As it is clear from the open sources at least two of these former employees were prosecuted on the bases of article 158 of the Criminal Code of Georgia. Hence the response of the Prosecutor’s Office highlighting that no person was held criminally responsible for illegal wiretapping is not clear and raises questions.

As for the Ministry of Internal Affairs, the institution failed to provide us with the requested information within the timeframe enshrined by the Georgian legislation. Hence IDFI has firstly referred with the administrative appeal to the Ministry and on the following stage, on the 9th of September appealed the case to the Tbilisi City Court. On the 16th of October, during the hearing held on the case, the respondent – Ministry of Internal Affairs stated that the information requested would be sent to the Institute in the nearest future. Indeed, today (on the 31st of October) we received the information requested on the 13th of June 2014, but unfortunately in an incomplete form.

The Information received clarifies that during 2009-2014 (first 5 months) the ministry of Internal Affairs Started an Investigation on the cases of the breach of article 158 - disclosure of secrecy of private conversation in 12 cases only. As for the cases of the disclosure of privacy of personal correspondence (article 159), telephone conversation or other massage, the investigation was launched in two cases only.

As for the launch of the prosecution for the disclosure of secrecy of private conversation, based on the information received from the Ministry of Internal Affairs, no such instances took place during the given period. As for the disclosure of privacy of personal correspondence the investigation for conducting the given act was launched in one instance only and the case took place in 2010.

The official correspondence also makes it clear that during 2009-2014 no prosecution or investigation was launched against the employees of the Ministry of Internal Affairs based on the abovementioned articles.

Unfortunately it is impossible to have the clear picture of the number of investigations launched or the persons being prosecuted on the bases of articles 158 and 159, due to the fact that the information requested was not provided in a complete manner. This information is particularly important for the wider society nowadays, when the discussions on the new law are under way. The law should tighten the rules of wiretapping and introduce new control mechanisms for the latter. In the given circumstances, the society is not informed about the number of the officials being held responsible for the conduct of the activities enshrined in articles 158 and 159. Furthermore there are doubts that many of the persons who have been conducted illegal wiretapping for years are still employed at state institutions. This deepens the level of mistrust between the society and the government. We find it crucial for the Prosecutor’s Office of Georgia and the Ministry of Internal Affairs to publish the information on the cases of public officials being held responsible based on articles 158 and 159 of the Criminal code of Georgia. The institutions should ensure that the information includes detailed data on the stages of the investigations launched for conducting the activities of illegal wiretapping, and the number of officials held responsible. This is important, inter alia for the prevention of the similar problems in the future.