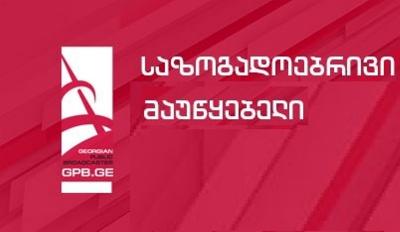 The Georgian Charter of Journalistic Ethics

The Parliament of Georgia has recently starting working on amendments to the Law of Georgia on Broadcasting. According to the First Channel of the Georgian Public Broadcaster (GPB), the draft law has already been registered in the Parliament.

First of all, it should be emphasized that during the preparation of the draft law the participation and involvement of all interested parties was not ensured. The text of the draft law was not made public during its development process. This issue is especially problematic, taking into account the fact that the Georgian Parliament is an active member of Open Government Partnership initiative and has taken the commitment to improve accountability and transparency of the legislative process. Suggested amendments contradict the principles of democratic and transparent governance. Namely:

- The draft law limits access to public information from the Public Broadcaster and sets much lower standards than prescribed by the Constitution of Georgia and the General Administrative Code.

- The authority of the GPB Director General will be increased at the expense of the decrease in function of its Board of Trustees, which threatens the mechanisms of conducting full democratic control of the Broadcaster.

- The current version of draft law includes 50% reduction of airtime for social advertisement.

- The draft law impairs labor protections for employees at the Public Broadcaster.

The detailed description of each problem and the positions of signatory organizations are presented below. However, it should be reiterated that current amendments are in contradiction with standards set by the Georgian Constitution regarding the transparency of information held by public institutions. Consequently, if adopted in its current form, IDFI will challenge the law in the Constitutional Court of Georgia.