This Affects You Urges the Government to Take Specific Steps 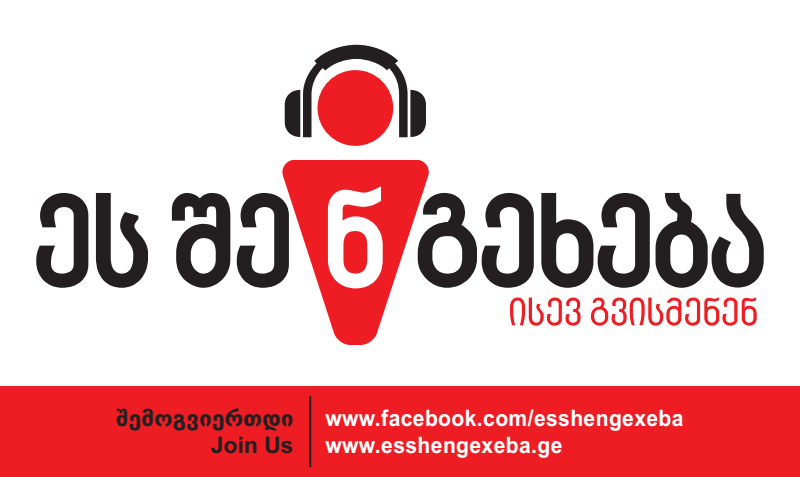 The campaign This Affects You and its member NGOs once again condemn the recent leak of sex tapes and attempts to blackmail specific individuals and the whole society. The campaign calls on the government to take concrete steps to combat illegal surveillance and wiretapping.

Unfortunately, the systemic problem of illegal surveillance and wiretapping that dates back from before 2012 has not been dealt with. Most of those persons who ordered and engaged in illegal surveillance or kept the tapes during the previous government (and possibly used them to blackmail certain individuals) have not been punished to this day. Moreover, there is a reasonable suspicion that these persons are still part of the law enforcement system. The impunity of these public officials and the current government’s willingness to continue working with them maintains the systemic problem and encourages further crimes.

The effectiveness, objectivity and impartiality of the investigation conducted by the Chief Prosecutor’s Office also come under question. It is hard to believe that the law enforcement would identify and punish those individuals who are still part of the system. Moreover, flawed legislation, lenient and ineffective state policy against privacy violations raises a suspicion that illegal secret surveillance is still being practiced by the government. This suspicion is strengthened by statements made by a number of public figures over the last years about violations of their privacy.

This Affects You campaign believes that the chief prosecutor Irakli Shotadze must take political responsibility and resign for failing to investigate cases of illegal surveillance over the past three years. In addition, we call on the government to:

1) Reform the State Security Service and transfer the so-called ‘keys’ or direct access to wiretapping and internet monitoring to an independent body.

The Operative-Technical Department of the State Security Service currently holds one of the keys to wiretapping and the only key to internet monitoring. The State Security Service, as an investigative and counterintelligence body, has a natural interest in obtaining as much information as possible from wiretapping and internet surveillance even through illegal methods. To avoid this danger, first the Operative-Technical Department must be deprived of its direct access to surveillance; second, a new independent body must be set up and made accountable to the Parliament without any investigative and counterintelligence functions.

The key to surveillance must be transferred from the State Security Service to the independent body, which will then record telephone and internet communication based on court orders presented by investigative authorities.

In addition, the State Security Service must also be subjected to control by the judiciary and the Personal Data Protection Inspector.

Non-governmental organizations presented the government with a draft law on setting up an independent investigation mechanism that will be separate from the executive authorities and investigate crimes committed by government officials. The mechanism will be headed by a Commissioner selected by the Parliament through a 3/5 majority vote.

According to the draft law, the independent investigation mechanism will have full authority to investigate crimes that the government has interest in. It will also have the authority to press criminal charges against individuals. Unfortunately, the government does not support the latter and also believes that the mechanism should only investigate cases of torture and inhuman treatment.

The new mechanism in necessary because the Chief Prosecutor’s Office has failed to investigate cases of illegal surveillance and the current government clearly does not have the political will to do so. We believe that public officials who may have committed crimes should not be trusted with the investigation of these crimes. This function should be fulfilled by a new independent investigation mechanism.