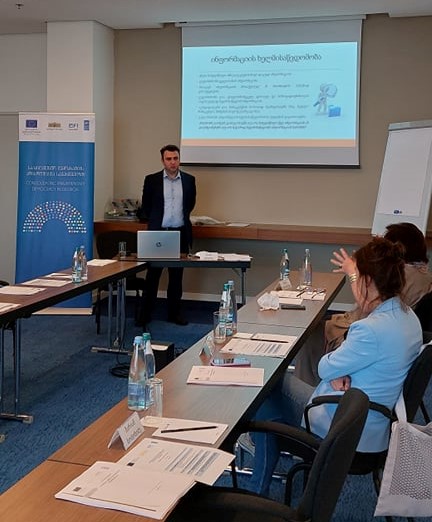 On April 28, IDFI organized the training on the development of the self-assessment report of the Open Parliament Georgia Action Plan. Secretariat of the Parliamentary Council on Open Governance and representatives of other secretariats of the Parliamentary Councils were present on the training. The trainer was the independent consultant – Lasha Gogidze who has the IRM experience at OGP.

The meeting was opened by the Acting Program Manager of UNDP – Giorgi Bobghiashvili and the Open Governance Direction Head of IDFI – Davit Maisuradze. The participants of the meeting discussed different issues such as the co-creation standard of OGP, the international practice of implementation of OGP commitments and standards and challenges of the self-assessment report.