IDFI became member of the international platform – the Sites of Conscience

Founded in 1999, the International Coalition of Sites of Conscience (“the Coalition”) is the only worldwide network of Sites of Conscience. With over 275 members in 65 countries. The coalition builds the capacity of these vital institutions through grants, networking, training, transitional justice mechanisms and advocacy. These members and partners remember a variety of histories and come from a wide range of settings – including long-standing democracies, countries struggling with legacies of violence, as well as post-conflict regions just beginning to address their transitional justice needs – but they are all united by their common commitment to connect past to present, memory to action.

Activities of the Sites of Conscience in various countries:

- Mothers from different sides of the civil war in Sri Lanka (1983-2009) are sharing their stories in community workshops that employ holistic, integrated, and multidisciplinary approaches to address issues of truth, justice and reconciliation;

- Youth from every region of the United States are using the history of the civil rights movement to amplify their voices in the fight to make educational opportunities more equitable;

- Police officers from both sides of the conflict in Northern Ireland are telling their stories in an oral history project designed to foster trust and understanding among the two factions;

- And thousands of rural school children are being educated through a traveling exhibit about the civil war in Sierra Leone (1991-2002) – a war that took the lives of 70,000 people, but which many adults are hesitant to discuss because they fear opening old wounds.

Every one of these activities – and hundreds more underway around the globe – has its roots in the past and its sights on the future. Through these conscious and united efforts, the International Coalition of Sites of Conscience connects past to present, changing the world one memory at a time.

IDFI has been actively working in the direction of archives, Soviet and memory studies since 2009. The successful projects of the organization include:

- Stalin’s Lists of Georgia – the first electronic database including the short biographies of 3,616 victims of 1937-1938 Great Terror, which enabled many people to find the information about their repressed ancestors;

- The collection and analysis of the documents about the recent history of Georgia, including the events of 5-9 March 1956, the secret documents preserved at the funds of the USA institutions that encompass the analytical reports about 9 April, Zviad Gamsakhurdia and the other events and personalities prepared by the relevant offices in the US at the early stage of Georgia’s independence;

- The relocation of Ortachala Prison Archives – In 2008, after demolishing the Ortachala Prison, the prison archives was transferred to the cellar of the administration building of N8 prison in violation of any law. Through IDFI’s advocacy campaign and the effort of the ministry, the archival materials were restored and moved to the well-equipped depository in compliance with contemporary standards;

- The openness of State Archives in Georgia, Post-Soviet and Eastern Bloc Countries – the project carried out in 2017-2020 as a result of which the rating of the 18 archives of the region was prepared, 2 international conferences on Archival and Memory Studies was held, in which the leading experts from around the world participated;

For preserving the memory and commemorating important public figures of XX century, in collaboration with the Tbilisi City Hall and local municipalities, IDFI installed memorial plaques in the capital and regions:

- In 2016, through the archival research carried out by the organization, the exact addresses of 15 Georgian officers executed by the Bolsheviks was established and the memorial plaques were installed at their houses; 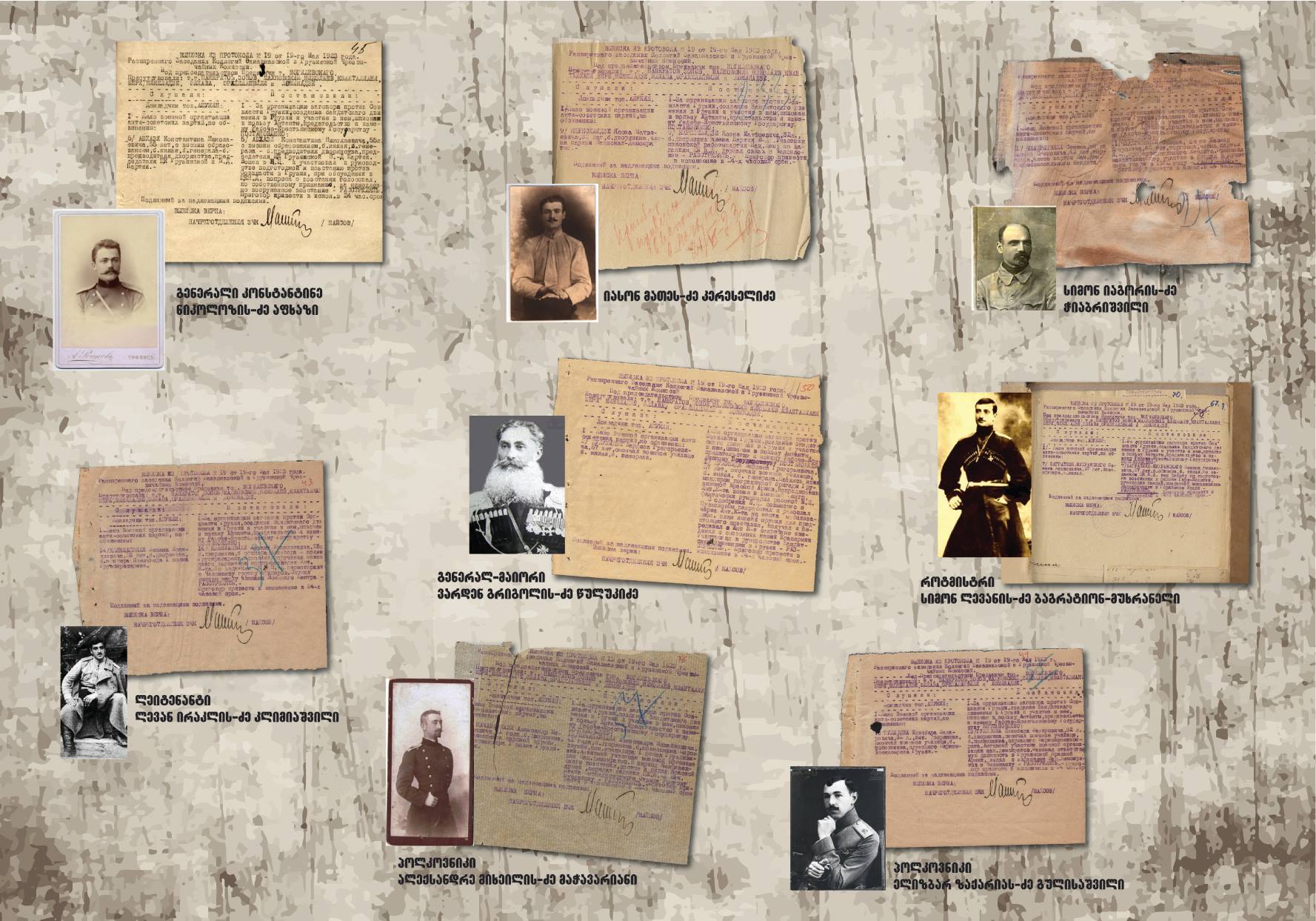 - Since 2018, IDFI has installed the memorials of the famous figures of the First Republic of Georgia in Khoni, Chokhatauri and Kaspi – the municipalities where these people were born;

- In 2019, IDFI published the memorial album “Nikoloz (Karlo) Chkhaiedze (1854-1926)” which concerns the life and work of one of the greatest political leaders of the first quarter of XX century, the head of the Constituent Assembly of the First Republic of Georgia. Additionally, on IDFI’s initiative, the Tbilisi City Hall installed the memorial plaques at the house where Karlo Chekhdzine and another member of the government, Konstantine Gvarjaladze lived. In 2020, IDFI is planning to publish a similar memorial album ahkhikvishvili;

- In 2019, IDFI became actively involved in the issue of the memorialization of the mass graves of the people executed during Stalin’s Terror in 1937-1938 near Batumi. In the shortest period of time, IDFI  managed to collect the materials about the repressed individuals. Based on the research carried out by the organization, it was established that in 1937-138 1050 were shot during the oppressive operations in Adjara.

At the first stage of working with the Sites of Conscience, in 2020, IDFI plans to propose a project about the commemoration of the individuals shot in Adjara. The oral stories of family members and descendants of identified 1050 people will be recorded, the photo and archival materials preserved at their families will be collected, and they will be promoted and uploaded on IDFI-s website and social media. Additionally, IDFI will continue the advocacy campaign to the central government and state organs to take relevant measures for studying and commemorating the graves.

This activity was financed by the Open Society Institute Budapest Foundation (OSI) within the frame of the project - Enhancing Openness of State Archives in Former Soviet Republics and Eastern Bloc Countries.

Activities Carried Out Within the Coalition