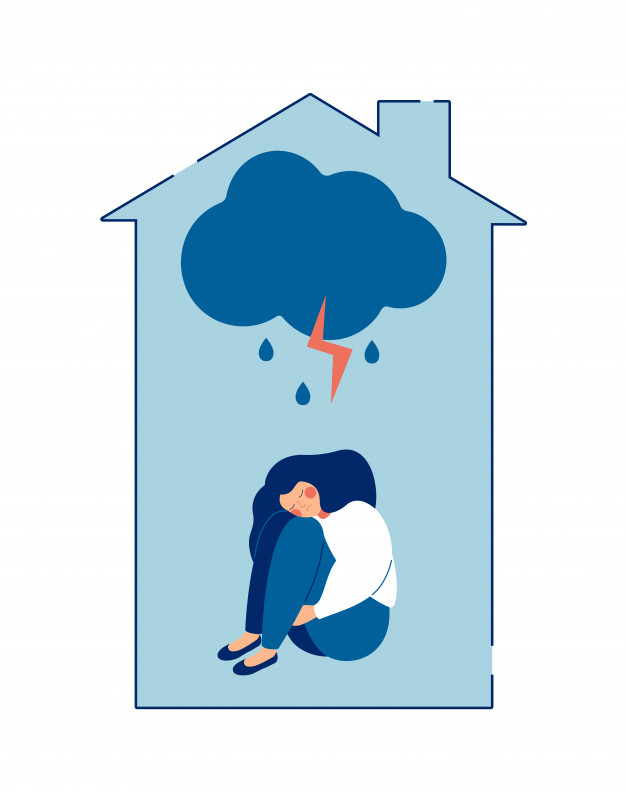 A state of emergency has been declared in many countries, including Georgia, to fight against the massive spread of the new coronavirus (COVID-19). The pandemic has become a major factor hindering economic, social and political activities around the world. Majority of the population is in self-isolation or quarantine to prevent virus infection. This is related, on the one hand, to the prevention of the spread of the virus and, on the other hand, to the isolation of lots of people into one space with a potential abuser.

Violence against women tends to increase during every type of emergency, including epidemics. Cases of domestic violence have risen globally by a third since lockdown (for instance, in France, reports of domestic violence increased by 30%, in Argentina – by 25%, in Cyprus – by 30%, in Singapore – by 33%. Besides, increased cases of domestic violence have also been reported in Canada, Germany, Spain, the United Kingdom, the United States and in other states as well.). The number of women and girls facing abuse has also dramatically increased in almost all countries. The risks of violence can be exacerbated by different circumstances such as pandemic-related fear, stress and/or economic insecurity that may become a provocative factor for abuser. Herewith, victims spend more time in close contact with abuser family members that makes the escape difficult – victims may not be able to separate and call the law enforcement body.

However, even before the global spread of the new coronavirus, statistics showed that domestic violence and violence against women is a universal reality for every society and a complex problem widespread in the world with devastating results not only for victims but also for the society due to its specific character and social threat. Approximately one-third of the female population (35%) in the world has been abused physically or psychologically by a partner or former partner at least once. The statistics are even more alarming considering the fact that this form of violence is characterized by secrecy and, in some cases, because of silence, stigma or other factors, is not revealed. Domestic violence was one of the most widespread crimes in Georgia in 2018-2019. A significant segment of the victims (88%) was women.[9]

At this stage in Georgia, there are no statistics published on domestic violence cases during the new coronavirus pandemic. On the one hand, according to the Ministry of Internal Affairs of Georgia, considering the spreading rates of the pandemic, the number of reporting cases of domestic violence have not increased. On the other hand, organizations working on the issues of violence against women and domestic violence note that more women contact them for legal assistance regarding violence since the state of emergency was declared. This may be caused by the fact that victims live in the same space with abusers and as a result are unable to call the law enforcement body, however, using alternative means, such as social network may be more possible for them. Taking this into consideration, it is important to raise public awareness of the “112” mobile application, which, in addition to regular calls, provides services of silent call and texting emergency operator.

Fighting domestic violence and violence against women is one of the priorities for both the Government and Prosecution Service of Georgia (PSG). Despite the number of activities carried out in the past years to prevent these crimes, the situation analysis and assessments of the international and local organizations show that the Prosecution Service of Georgia is still facing the challenge of an efficient and comprehensive prosecution of the crimes of the category.

It is difficult for the prosecutors to identify the gender discrimination motive in cases of crimes of violence against women and domestic violence. In majority of cases, they are not sufficiently informed on respond standards and special approaches to gender-based crimes, which represents a gap in justice and is a barrier for the protection of the rights of victims.

International experience shows that the crisis caused by the spread of the virus creates fertile ground for domestic violence and violence against women. In parallel with calling for isolation to prevent the spread of the virus, international organizations have emphasized from the outset the increased risks of the violence. In order to prevent the increase of domestic violence, countries have begun to take various measures (for instance, Australia, France and the United Kingdom have allocated additional dedicated funding to support women experiencing violence. In France, as shelters exceed capacity, alternative accommodation is being provided for domestic violence survivors. In some countries, women can alert pharmacies about domestic violence situation with a code message. In Various countries, remote court hearings are ensured for the immediate administration of justice etc.). The Government of Georgia should also implement special measures to identify cases of domestic violence and violence against women effectively.

Considering all the abovementioned, IDFI considers that it is important for the Georgian Government to take into consideration the international experience as well as the calls of international organizations and make the prevention of domestic violence and violence against women a key part of the national response policy for COVID-19.

It is critically important to ensure that victims of violence during the pandemic do not remain without social and institutional support and the cases of domestic violence and violence against women are being responded promptly and effectively.

IDFI considers that it is important to launch an active information campaign (including in minority languages) against domestic violence and violence against women during quarantine. In addition, it is necessary for the government to make clear statements that violence will be followed by an appropriate response.

It is important to raise awareness of law enforcement officials about the increase in cases of domestic violence and violence against women as well as on the response to the facts of violence (including offering/delivering appropriate services to victims).

In order to prevent the relapse of domestic violence and violence against women, it is important to monitor inmates being now released from penitentiary institutions whose history includes the information on the commission of crimes of this category.