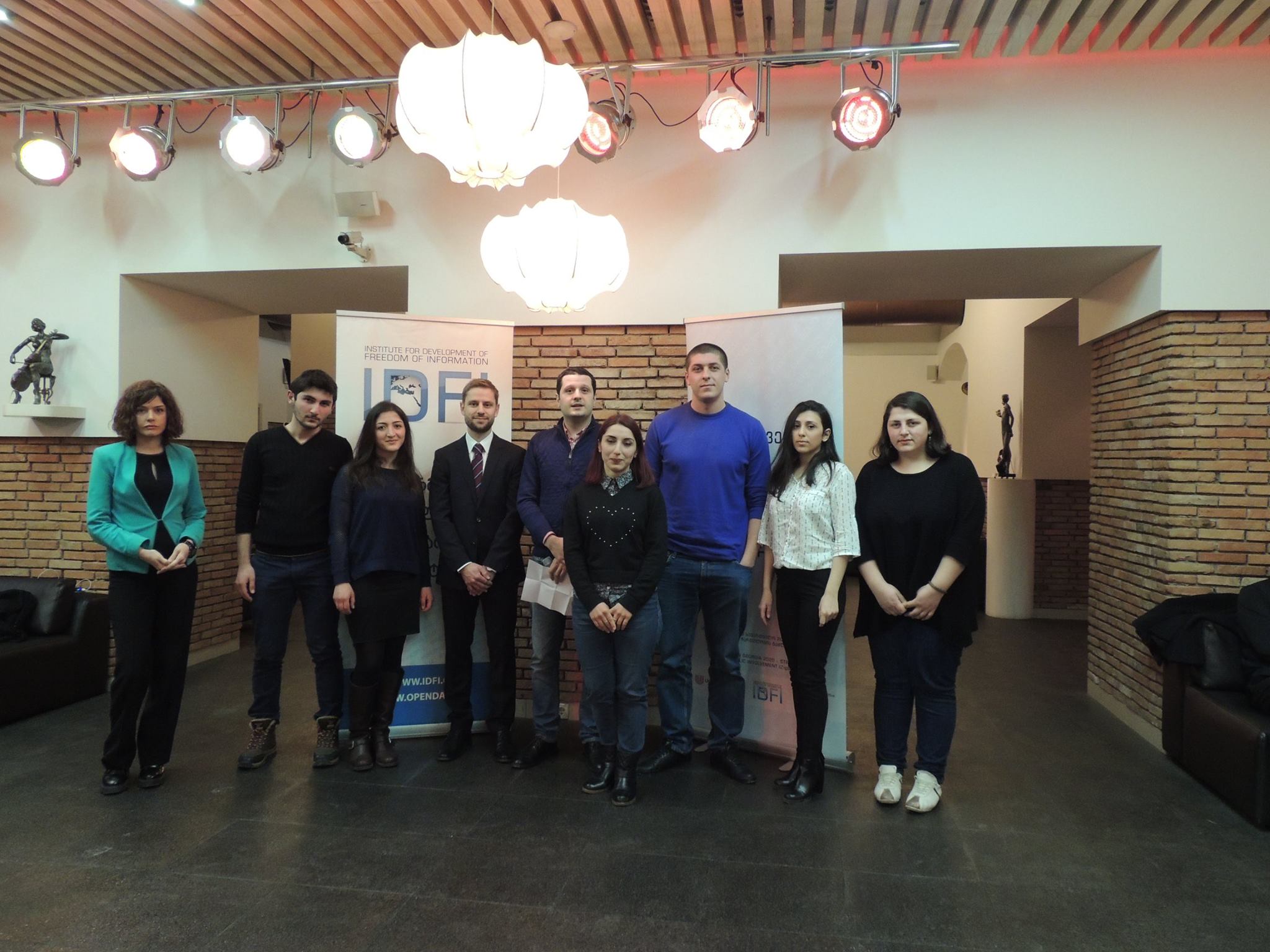 The event was led by the Project Director - Giorgi Khishtovani and the Representative of the Department of Culture, Press and Policy of the Embassy of the Federal Republic of Germany - Christopher Fronzek. Experts and representatives of the public, private and non-governmental sector participanting in the discussions, lecture series and the international forum organized within the framework of the project attended the event.

The winners of the Competition for Analysts, and the Essay Competition were announced during the closing ceremony of the project. Tengiz Verulava - Doctor of Medicine and the Professor at Ilia State University was named as the winner of the competition for analysts and received 2000 EUR as an award. 10 students, who worte essays on good governance and informal economy, received prizes for their successful participation in the Essay Competition organized within the framework of the lecturing courses. Ana Khartchilava, Natia Otanadze, Beka Katsitadze, Beka Nasrashvili, Kristine Ghongadze, Ana Gagua and Tariel Shetekauri received Kindles, while Nazibrola Abutidze, Nodar Khijakadze, Nino Kandelaki and Eka Labartkava received latest scientific literature.

The event concluded the project "Strategic Plan Georgia 2020 - Strengthening Public Involvement". The project was implemented by the Institute for Development of Freedom of Information (IDFI), in partnership with University of Bremen and with the financial support of the Federal Foreign Office of Germany.

Five discussions, eight lecturing courses, competition for analysts and international forum were organized within the framework of the project that lasted for seven months.