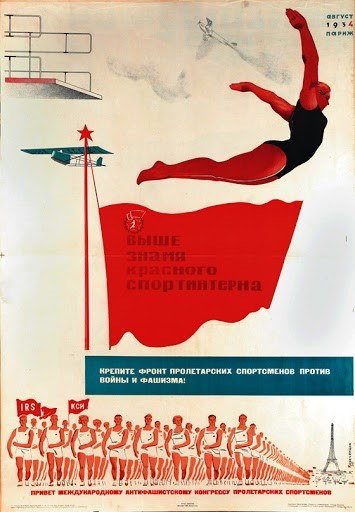 On Joseph Stalin’s initiative, the active propaganda of sport and physical activity started and the state became involved in the process of preparing sportsmen for international Olympics and championships. After the Second World War, during the Cold War, the sphere of sports became a field for the Soviet authorities in which they could prove the superiority of the Communist state over the western world. Compared to the other Soviet citizens, successful sportsmen had many benefits. Besides the fact that the winners of different championships were declared as heroes, they, unlike the other citizens, had a chance to go abroad, travel in foreign countries and buy the products that were not available in the Soviet Union. It is notable that the sportsmen were always accompanied by a KGB agent abroad, who constantly looked after their activities there.

The Summer Olympics of 1980, which was held in the Soviet Union, had paramount importance for the Soviet Union. This should have been a symbol of the success and power of the Soviet Union but more than 60 countries, together with the USA, boycotted the Olympics due to the Soviet intervention in Afghanistan. However, the Olympics was held and attracted millions of spectators worldwide. Moscow especially celebrated this important event and assigned great importance to it. As sport and especially the Olympics are associated with peace and have an ability to unite millions of people all over the world, for authoritarian, totalitarian, and aggressor regimes, it is the best mean for distracting the attention of international society from the crimes of the regime, improving the reputation of the country and, to some point, legitimizing the existing regime. For the Soviet Union, the Olympics of 1980 had the same importance.

After the collapse of the Soviet Union, in the 1990s, many sportsmen left Russia. Due to the worsened economy, the sport could not be developed appropriately in Russia and for this, the sportsmen attempted to purse their career in more successful, western clubs. The sportsmen, who stayed in the Soviet Union, had to adapt to a new reality. This new reality meant poverty and increased crime. Since the 1990s, the names of sportsmen have been appearing among the crime circles more often. Many of the criminal authorities had a sport background. [1] In the UN report of 1995, it was mentioned that the number of individuals involved in organized crime in Russia was 3 million. [2] There is no precise number of how many of them were sportsmen but one of them should be mentioned here – Otar Kvantrishvili, a former successful wrestler, who was considered as one of the most influential criminal authorities in Russia in the 1990s. During this period, he established the Foundation for the Social Protection of Athletes. The goals of the Foundation included: finding jobs for athletes, construction of new stadiums, and sports halls for “protecting the nation from drug addiction and gay people”. [3] The foundation received considerable support and tax privilege from Boris Yeltsin’s government. Later, Kvantrishvili established the political party - Athletes of Russia. The same year, he was killed during his visit to a bath. As the New York Times wrote in 1994 regarding Kvantrishvili’s case: “business, crime, sports and politics have become intertwined in the new Russia”.

The intertwined business, crime, sports and politics concerned not only the sportsmen who stayed in Russia but also those who left the country. For instance, the Russian hockey players, who went to the USA, were often oppressed by the criminal authorities and made them pay to Russian mafia in exchange for the security of their families. One of the most famous cases was the explosion of a well-known hockey player, Pavel Bure’s car. Bure did not admit to having any links with the Russian mafia but his close friend was Anzor Kikalishvili, a criminal authority. Also, there were some suspicions about some other Russian sportsmen’s ties with the Russian mafia and that they were used by the Russian mafia not only for receiving money but also for lobbying its business interests in the West.

Meanwhile, the Russian government elaborated a quite specific system for developing sport under capitalism. In 1992, the National Sports Foundation was established, which, officially, was a non-governmental, non-commercial organization, focused on attracting funds for developing national sport. First, the organization was led by Boris Yeltsin’s former tennis trainer, Shamil Tarpishchev. Then he was replaced by his friend, Boris Fedorov. Paradoxically, the major source of income of an organization established for developing sport was that it was allowed by the state to import and trade with alcohol, cigarettes, and other products without paying taxes. Soon, the National Sports Foundation became one of the richest organizations in the country. Gradually, its activities expanded to banking, insurance, and gambling. Another importer of vodka in Russia was the Russian Ice Hockey Federation and the Olympic Committee of Russia. Due to the fact that the above-mentioned business activities were associated with high income, not surprisingly, they attracted the interest of criminal authorities. For this, the Russian mafia was also actively involved in this sphere of sport. As a result, in 1997, the President of the Russian Ice Hockey Federation, Valentin Sitch was killed and in 1996, there was also an attempt to kill Fedorov.

After Vladimir Putin came to power, many things with regard to Russian sports have changed but the trace of the 1990s has still been evident. Putin, who followed Judo himself, actively expresses his interest in different types of sport and has personal contacts with many sportsmen and trainers. However, his interest in sport is also facilitated by his desire to be constantly associated with success and power. For instance, when the tensions were flaring in Ukraine, Putin and his circle were involved in the preparation for the Sochi Olympics. The decision on holding the Olympics in Russia was a true victory for Putin’s regime. First of all, this meant that it had supporters on the international level. Moreover, holding the 2012 Olympics in the UK, when Russia also applied for it, was perceived as a personal defeat by Putin’s regime and, therefore, he considered the 2014 Olympics as an issue of personal power and influence. After the victory, the Russian government started spending huge amounts on the Olympics. Alexei Navalny’s Anti-Corruption Foundation talked a lot about the corruption schemes related to the Olympics. According to Putin, totally, 214 billion Rubles were spent on the Olympics. It is worth mentioning that after the end of the Olympics, in a few days, Russia annexed Crimea and in a month, an armed conflict began in Donbas. Therefore, from today’s perspective, hosting Olympics in Russia enabled Putin’s government, whose rating was falling in that period, to consolidate the society and start a military campaign in Ukraine, which further increased Putin’s legitimacy inside the country.

The same applies to the FIFA World Cup 2018.  Putin also perceived hosting the FIFA World Cup in Russia as a personal victory. It was an ideal means for him to improve his damaged reputation, followed by many economic sanctions from the West, cover it with the more wide-scale event, and rebrand the image of a country. 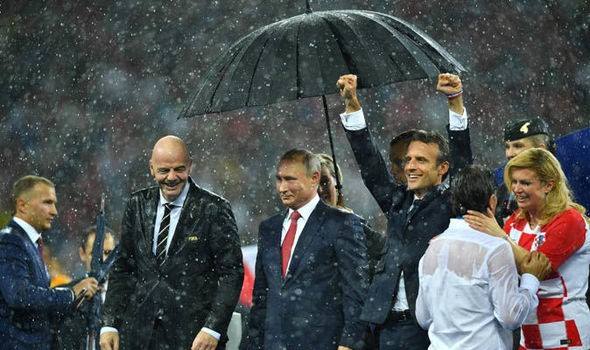 Vladimir Putin at the Award Ceremony of FIFA World Cup

The fact that Russian politics is closely tied with sport is also proved by the so-called Russian doping scandal. After the 2014 Sochi Olympics, the World Anti-Doping Agency (Wada) committee concluded that Russian sportsmen were actively using banned medicines and methods for improving their results while the Russian government was involved in the process of providing them with these banned substances as well as falsification of their tests. As a result, Russia was banned from the 2018 Winter Olympics and the Russian sportsmen were allowed to participate in it only under the neutral flag. In 2019, Wada decided to ban Russia from major sport events for 4 years. This means that Russian sportsmen will not be able to participate in the 2020 Tokyo Olympics, Paralympics and 2022 World Cup in Qatar under the Russian flag. It is notable that, in general, in Russia, an unprecedented number of doping cases are recorded. As a result, the medals of the Olympics and other championships were taken away from many Russian sportsmen. In this regard, Russia is a leader in the world. Besides, Russian doping is unique in the sense that the involvement of the Russian government in this process is officially confirmed.

Also, it is important that, in Russia, it is almost impossible to find a businessman who does not fund sports. Putin has personal contacts with the majority of them, which is not surprising in a kleptocratic state such as contemporary Russia – where oligarchs and criminal authorities play an important role in ruling the state while all of them are dependent on Putin’s regime. The businessmen from “Putin’s circle” are also actively involved in sport. For instance, Nornickel is one of the largest companies, mining nickel, and palladium. Vladimir Potanin is its largest shareholder and Executive Head. He often attends hockey games with Putin, actively lobbied the project of Sochi Olympic, and was one of the largest investors during the preparations for the Sochi Olympics. Nornickel funds the Russian Hockey Federation, the Russian Olympic Committee and the other organizations. Nornickel also owns the Russian basketball club CSKA (ЦСКА). 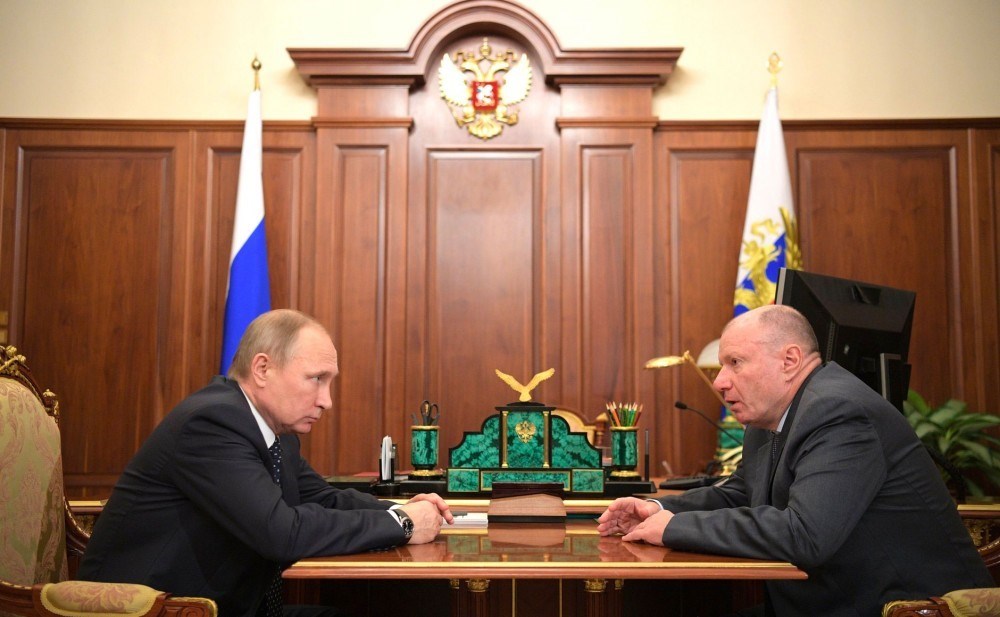 Other Russian big companies, that are directly associated with Putin’s circle, are also involved in sport. Gazprom owns FC Zenit Saint Petersburg, which was the winner of the Russian Premier League. All of the decisions in the club are taken by the head of Gazprom, Alexi Miller. Also, Gazprom funds the hockey club SKA, led by Genady Timchenko, who holds the 49th place in Forbes ranking of billionaires. He runs the club with Putin’s close, childhood friend, Arkadi Rotenberg and his cousin, Roman Rotenberg. Besides the above-said, the list of sports clubs sponsored by Gazprom is quite long. 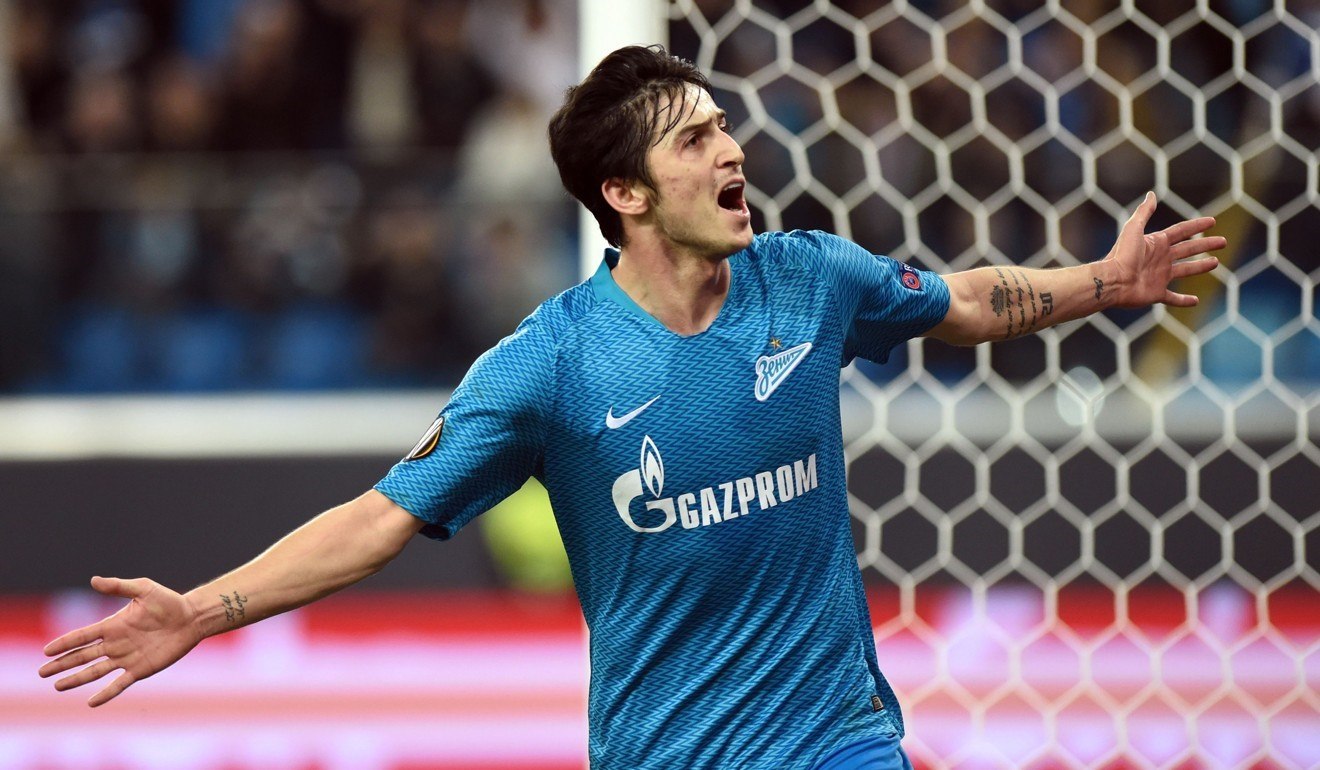 In the history of contemporary as well as Soviet Russia, sports and politics are closely intertwined with each other. If the Soviet Union used sport to prove its superiority over the West and improve the reputation of the Soviet regime on an international level, Putin’s contemporary regime uses sport for several objectives: first of all, through sport events and related propaganda, Putin associates his image with victory and power; Moreover, Putin’s regime uses such large-scale events as Olympics and World Cup for rebranding his own image on an international level and consolidating Russian society while there are serious socio-economic problems in the country; Also, businessmen from Putin’s circle, who control most of the sports clubs and organizations, are actively involved in sport and use it for different corruption schemes. Therefore, arguably, in contemporary as well as Soviet Russia it is almost impossible to separate sports from politics. Until now, Russia is a state, where business, crime, sport, and politics are closely intertwined with one another.