Recommendations Presented to the Prime Minister 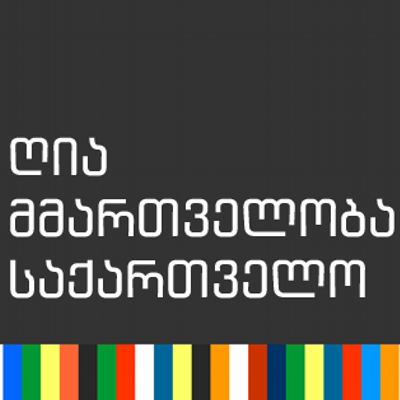 The recommendations contain different suggestions for making the work process of the Government of Georgia more transparent and the information about its activities more available to the general public. In this regard the processes associated with the Partnership play an important role, since it is a big problem right now, when many citizens don’t have access to the information about this initiative and what activities are being done by the Government in order to meet the obligations taken in the frameworks of OGP.

Specifically, the packet contains six sections, with 23 recommendations total. Their main directions are: determining the controlling body of the action plan, developing and perfecting the legislative base, transparency of public service, transparent management of public finances and property, development of public electronic space and awareness and engagement of the citizens.

Determining the controlling body of the action plan –  First of all, the non-governmental organizations think that the supervision of the issues related to OGP should be transferred from the Anti-Corruption Council of the Ministry of Justice to the Office of the Prime Minister and the Georgian Government.

Developing and perfecting the legislative base –  This section mainly talks about the refinement of Article III of the General Administrative Code of Georgia. This article directly related to the issues of public information and freedom of information, which is one of the main concerns of the Partnership. Because of this, it is necessary that the legislation be as perfect as possible. Specifically, the fees on freedom of information disputes should be cancelled, the openness of the personal information of public servants and officials should be determined, concrete mechanisms for the obligation of working on information should be determined, and other activities, that will make accessing and working on public information easier. One of the finer points of the recommendations is the organization of public consultations.

Transparency of public service – The main accent of the third section is the property declarations of public servants, which is an important and problematic issue. In this regard, one of the recommendations states that the list of the officials whose declarations of financial situation are subject to publishing on the search system of declarations – www.declaration.ge – should be expanded and an audit system of these declarations should be created. An important point is the issue of the openness of government sessions. According to current legislation, these sessions are mostly closed. Since important decisions affecting every citizen are made during such sessions, the citizens have a right and should have an opportunity to have access to information about them. Also, trainings for raising the awareness of the general public in the regions should be organized.

Transparent management of public finances and property – Improving the state procurements’ system is considered one of the priority issues. At the same time, it is recommended that Georgia should join and implement the “Extractive Industries Transparency Initiative” (EITI). Making information about the management of public finances, auctions, tenders, and investment projects available to interested parties in a timely manner is necessary.

Development of public electronic space – A legal act relevant to the list of information for proactive publishing on the official websites of the administrative bodies should be developed in accordance with the standards and list presented by the Institute for Development of Freedom of Information (IDFI). An interesting idea is that, on the base of regional libraries, new educational centers equipped with modern technology should be created.

Awareness and engagement of the citizens – Finally, one of the most important issues is the engagement of the wider society in the governmental activities, specifically in the activities associated with OGP. For this purpose, the NGOs think that periodic meetings, public consultations, advertisements and TV and radio programs should be organized and informational-educational print products (brochures, leaflets) on the languages of the minorities should be printed and spread.

We hope that different agencies of the Government of Georgia that are supposed to implement the changes suggested in the recommendations will being the relevant legislative or infrastructural activities as soon as the Office of the Prime Minister discusses the recommendations.