On April 25, 2014, Institute for Development of Freedom of Information (IDFI), in partnership with the Archive of the Ministry of Internal Affairs of Georgia and Institute of National Remembrance – Commission for the Prosecution of Crimes against the Polish Nation (IPN) and the support of the Polish Embassy in Georgia, conducted the public lecture at Ilia State university on the topic of discovering mass execution sites and exhuming the remains.

Professor Krzysztof Szwagrzyk – Chief of Exhumation Project and Łukasz Szleszkowski – Responsible Person for Exhumations and DNA Testing held the presentations. They made the attendants familiar with the experience of Poland in terms of discovering mass execution sites and exhuming the remains. Their experience is especially interesting for Georgia, since the graves and remains of the victims of 1937-39 purge are not yet discovered and studied. 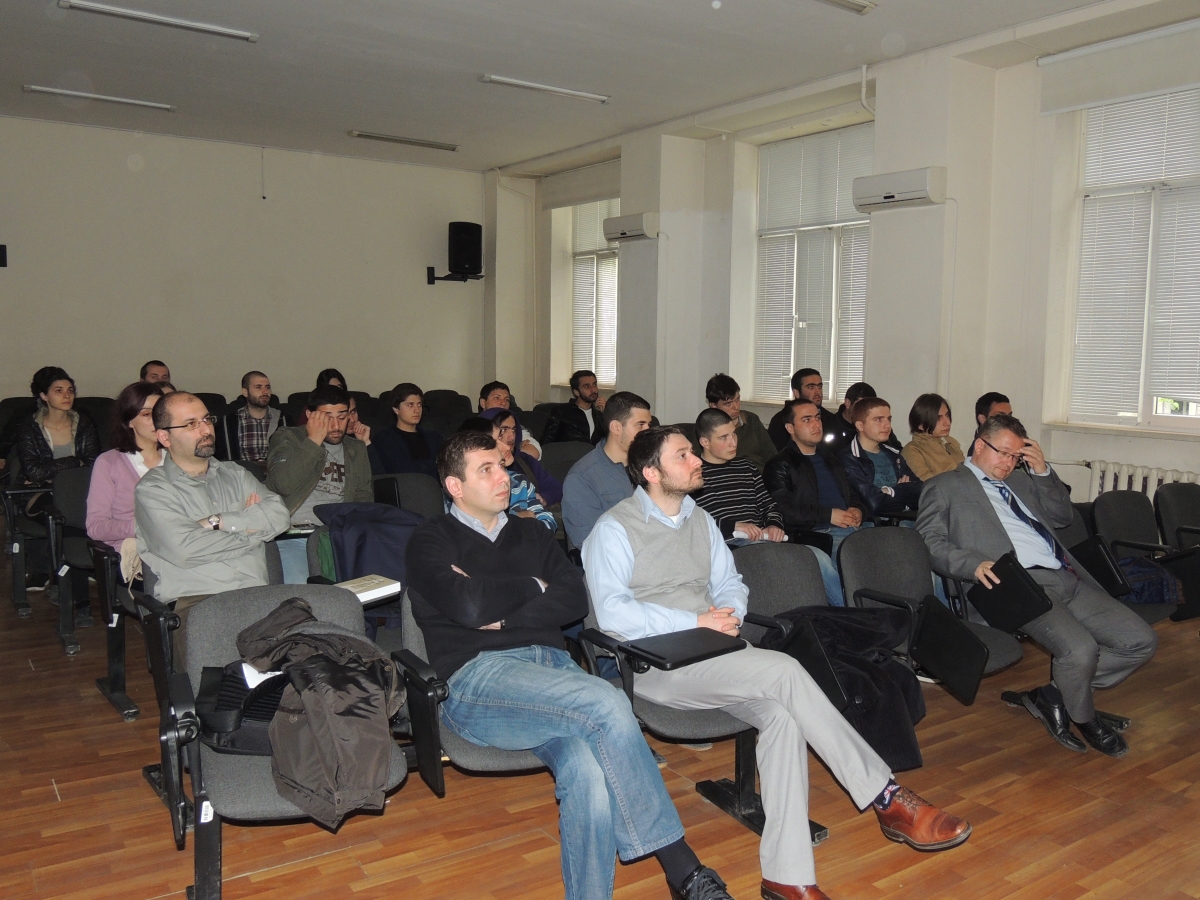 The meeting was attended by the students of Ilia State University and other persons, interested in these issues.

As a result of the visit, involved organizations planned further partnership both in research and practical activities, including partnership in discovering the graves of the victims of the Soviet Regime.