Knowledge and Attitudes of the Population of Georgia towards Judiciary: Results of the Public Opinion Survey 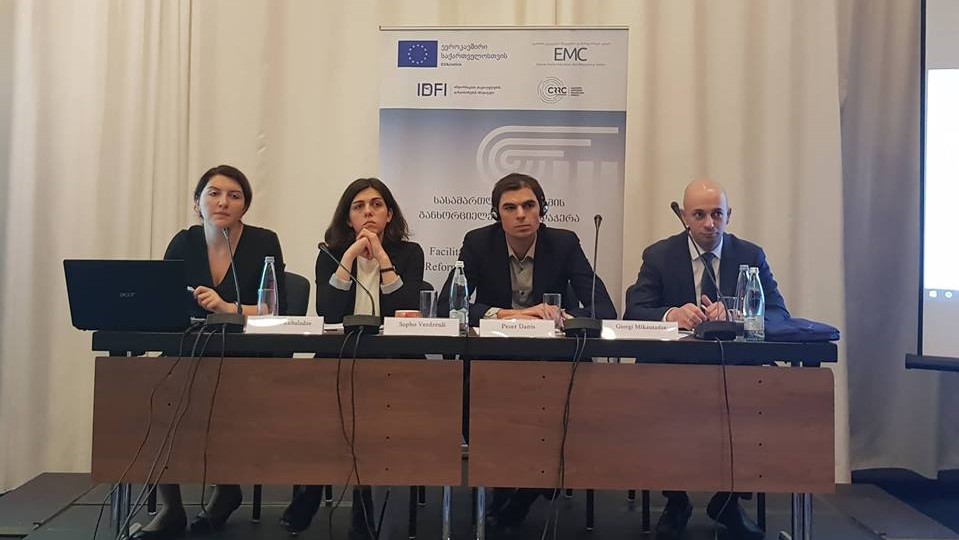 Within the framework of the EU-funded project – “Facilitating Implementation of Reforms in the Judiciary (FAIR)”has been implementing by Human Rights Education and Monitoring Center (EMC) in cooperation with the Institute for Development of Freedom of Information (IDFI) and Caucasus Research Resource Centers (CRRC), CRRC-Georgia presented the results of the Public Opinion Survey, which was carried out between 30 August and 15 September, culminating into 2080 completed interviews.

The nationwide public opinion survey was conducted in order to understand public opinion about judicial system of Georgia, public views and attitudes towards the role of the judges, trust in courts, and knowledge about the implemented judiciary reforms and their experience with courts.

"Our interest is always high in relation to the reports about Judiciary. Based on the results of the Public Opinion Survey we can conclude that, society is less informed about the ongoing processes in the Judicial System. I consider this as a challenge for Judiciary and we have already identified it. Strengthening relations with public is inevitable and the High Council of Justice will actively work in this regard” - said Giorgi Mikautadze, Secretary of the Hight council of Justice.

“Obviously, to get feedback from people about how they see the courts is key for the judicial and other institutions. I think that this survey can also help better design and execute the reforms, and then also further improve the public perception”- pointed out Peter Danis, Justice Programme Manager, Delegation of the European Union to Georgia.

Knowledge and Attitudes of the Population of Georgia towards Judiciary: Results of the Public Opinion Survey