On 19 and 24 June, the Memory and Disinformation Studies Direction at the Institute for Development of Freedom of Information organized one Russian-language and one English-language online meeting with the researchers and experts involved in IDFI’s project „Enhancing Openness of State Archives in Former Soviet Republics and Eastern Bloc Countries“. The participants discussed the results of the research carried out in the state archives of 18 countries, that are published on the website of the International Rating of Archives created by IDFI and are also included in IDFI’s final report.

The participants of the webinars included:

Bekbolot Kasabolotov – Lawyer at the law firm Precedent based in Kyrgyzstan

Parviz Mulojanov - Visiting researcher of the University of Uppsala, Sweden/Tajikistan

Anna Oliinyk - Director of the Center for Research on the Liberation Movement, Ukraine

Malgorzata Lukianow – Researcher at the Institute of Philosophy and Sociology, Polish Academy of Sciences

Sandor Horvath - Head of the Department for Contemporary History, Institute of History of Hungarian Academy of Sciences, Hungary 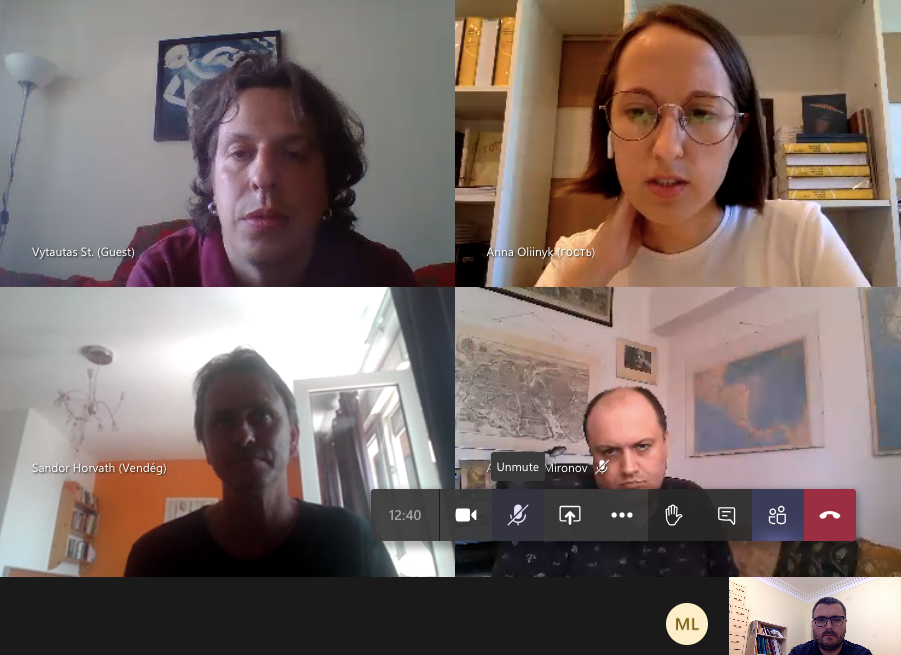 First of all, the participants discussed the ongoing COVID-19 world-crisis and the related challenges the archives and the research institutes of different countries have faced. It has been emphasized that the pandemic, for which many jobs have switched to remote working, has once again revealed the necessity for the archives to have advanced online services and make the archival documents accessible in electronic form. In such case, researchers would be able to work on archival materials without any difficulties during the pandemic and quarantine.

Also, the participants of the webinars discussed the opportunities for publishing the Collection of Theses created within the frame of the project on different platforms and mechanisms for providing it to a wider audience. The researchers and experts involved in the project, who also attended the online meetings, expressed their willingness to share the Collection on their websites and social media.

The greatest part of the online meetings was devoted to the discussion of the results of the research carried out by IDFI and its partners in the archives of 18 former Soviet and Eastern European countries and the published final report. A specific emphasis was given to the discussion of the research methodology. The participants of the webinars mentioned that, for the further refinement of the methodology, additional work is necessary and all of them have expressed their willingness to get involved in this process. In addition, an opinion has been voiced that, for the improvement of the methodology and the further appropriation of the research results with real practice, it necessary to include more qualitative than quantitative analysis in the research.

As the participants of the online meetings mentioned, the fact that, while working in archives, the researchers often come across with informal practices and relationships, indicates the necessity to use qualitative analysis in the research more actively. For instance, a researcher, representing a particular organization or having close relationships with the employees at the archives, may be granted access to particular archival documents while for an independent researcher, this may be related to prolonged formal procedures or he/she may even be refused access to the same materials.

As a conclusion, during the meetings, the participants discussed the importance and opportunities of the advocacy campaigns for the openness of archives in different countries. The representatives of IDFI informed the participants of the webinars that the organization is already preparing certificates for the archives evaluated within the frame of the research. The certificates will include the information about the position particular archives hold in the rating. Such certificated may encourage the archives to take steps toward increasing the openness. If they express willingness, IDFI and its partners are ready to collaborate with any archive, provide them with relevant recommendations and best international practices for enhancing their openness.

Publication of this article was financed by the Open Society Institute Budapest Foundation (OSI) within the frame of the project - Enhancing Openness of State Archives in Former Soviet Republics and Eastern Bloc Countries. The opinions expressed in this document belong to the Institute for Development of Freedom of Information (IDFI) and do not reflect the positions of Open Society Institute Budapest Foundation (OSI). Therefore, OSI is not responsible for the content