In early December 2017, two schoolchildren were killed on Khorava Street in Tbilisi. On May 31st, 2018, Tbilisi City Court announced the decision on the Khorava Street murder case. The announcement caused mass demonstrations led by Zaza Saralidze, a father of one of the murdered children.

On June 19-26, 2018, within the EU-funded project “Facilitating Implementation of Reforms in the Judiciary (FAIR)”, CRRC-Georgia conducted a phone survey on people’s knowledge about the Court decision and their evaluation. The survey resulted in 1005 completed interviews, and is representative of the adult Georgian-speaking population of the country. The average margin of error of the survey is 2.8%. 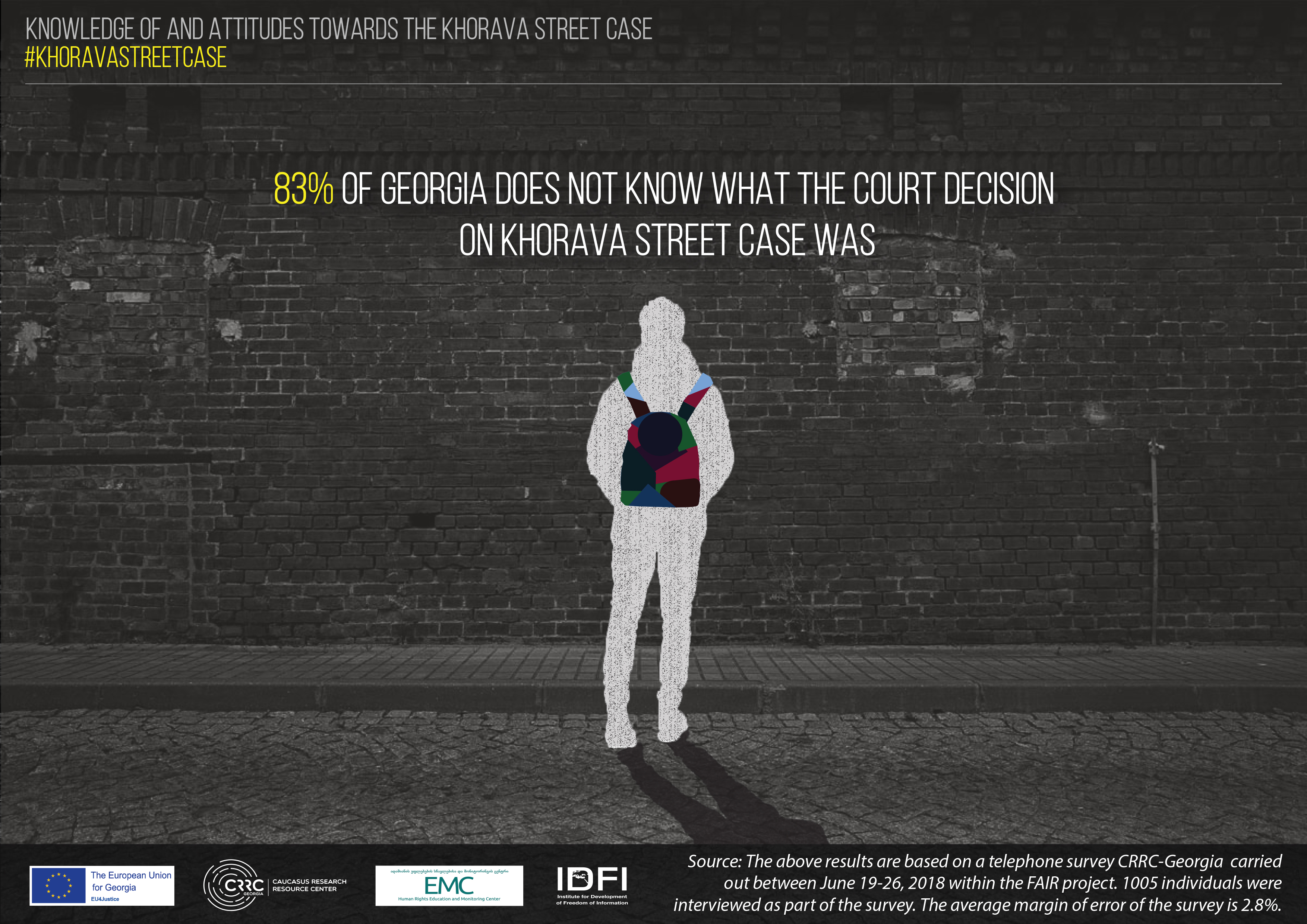 Those who had heard about the Court decision on the Khorava Street case were asked to evaluate its fairness. Only eight per cent evaluated the decision as fair. The majority (77%) said the decision was not fair. People who thought the case was unfair were asked why they thought it was unfair. The three most frequent answers included:

- The Prosecutor’s Office was covering for influential people’s relatives (28%);

- The low quality of the investigation by the Prosecutor’s Office (8%);

- Influential people were covering for people close to them (7%). 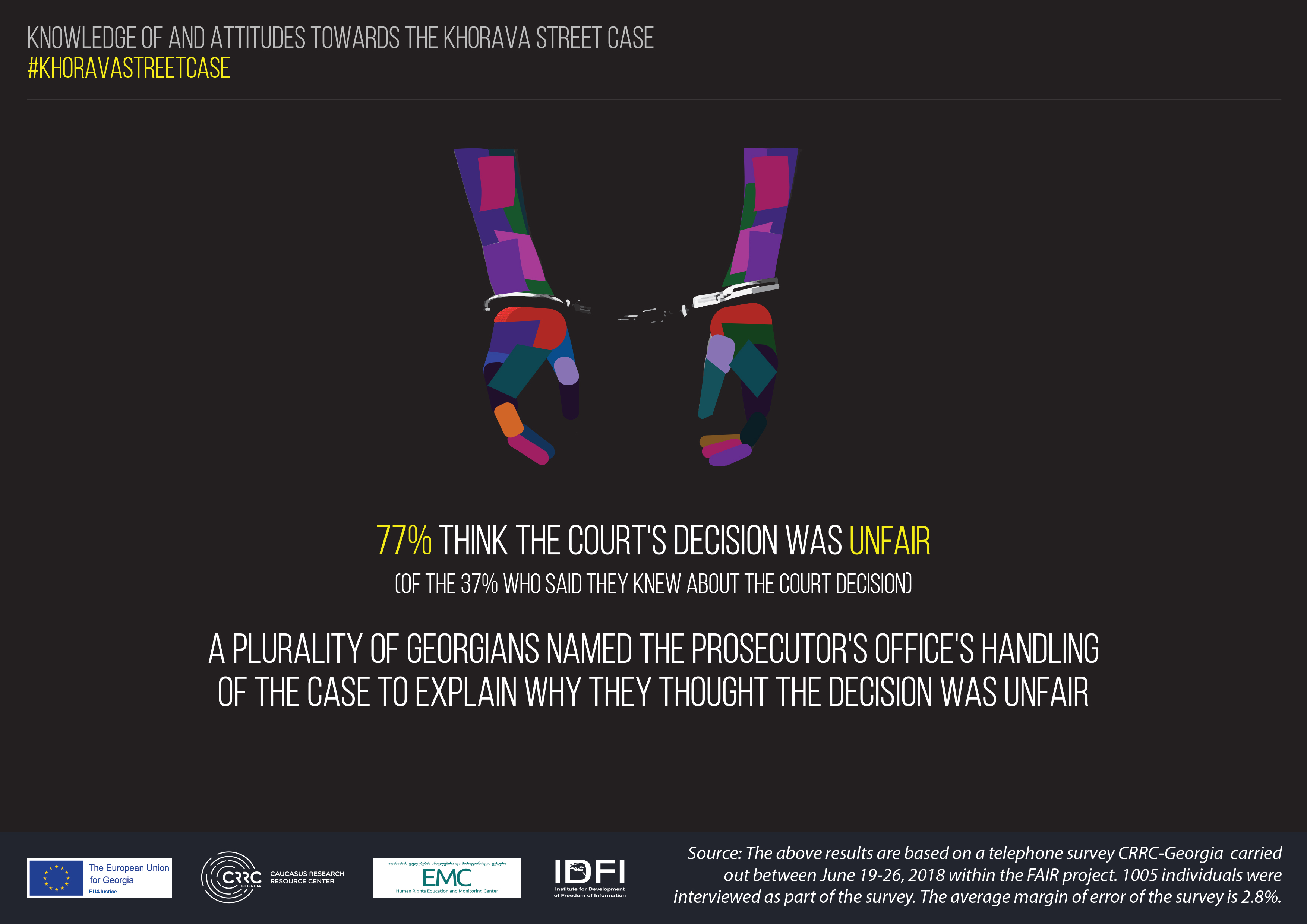 General injustice in the country was named by 3% of the population. In Tbilisi, the Court decision was evaluated as fair more than in other locales (a 5-7% difference).

Following the mass street protests led by Zaza Saralidze, the government took two major steps in their political response: the Prosecutor General Irakli Shotadze resigned and a temporary investigative commission was established in the Parliament of Georgia to study the process of investigation of the case. Half the population (50%) support Shotadze’s resignation, about one fifth (19%) do not support the decision, and about one third (30%) don’t know what to think. People who have heard about the murder case were divided over the parliamentary commission: 28% said the Commission would manage to establish the truth and 32% said it would not manage to do so. One third (33%) did not know whether the temporary investigative commission would establish the truth about the case and seven percent knew nothing about the commission at all. 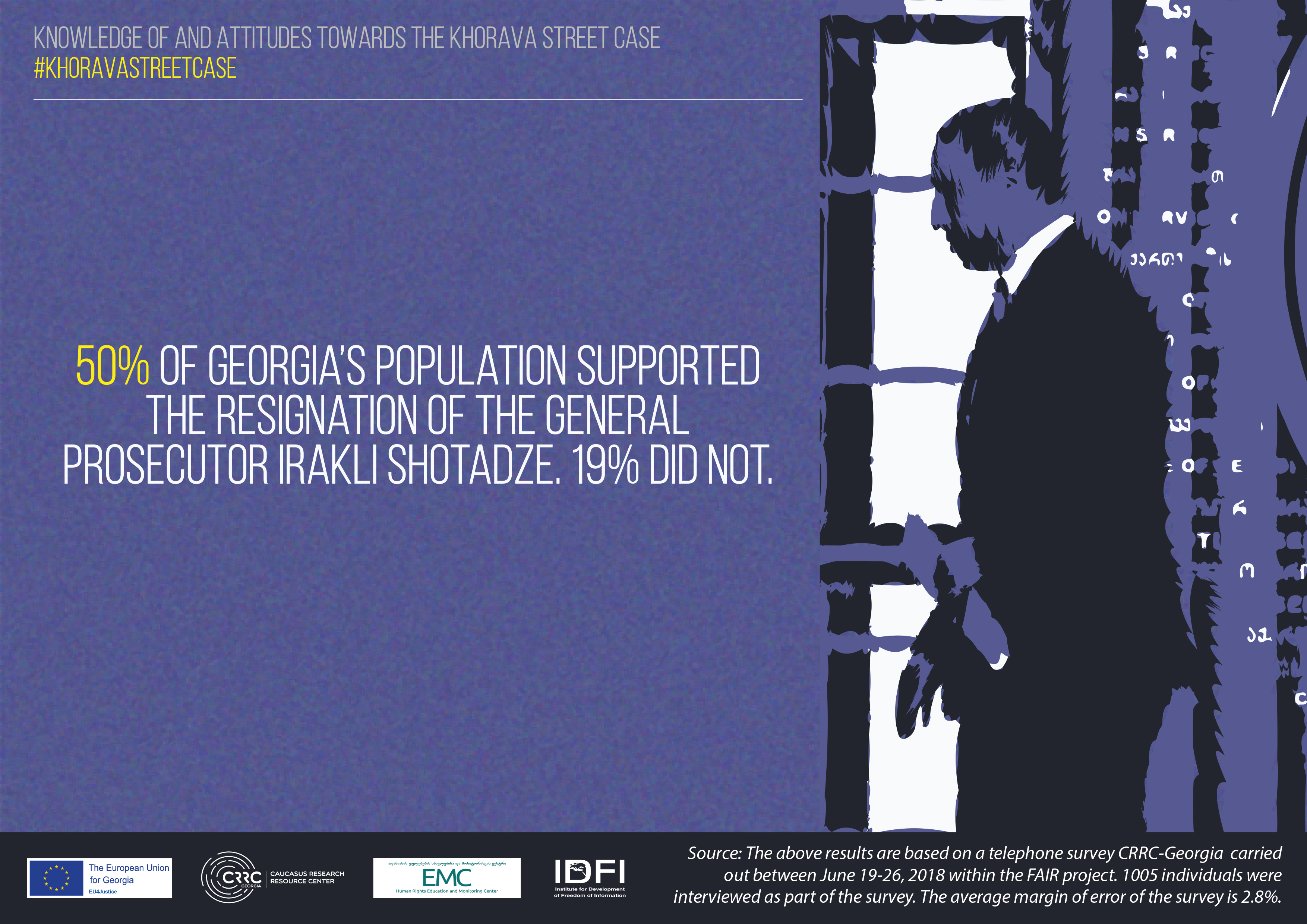 In Georgia, the vast majority of people have heard about the Khorava Street murders. Yet, they lack knowledge about the Court decision. Nevertheless, they evaluated it as unfair and blamed the Prosecutor’s Office for the most part. The political responses to the murder – the resignation of the Prosecutor General and the establishment of a parliamentary investigative commission – were generally supported by those who were aware of them. However, many were uncertain about these responses.