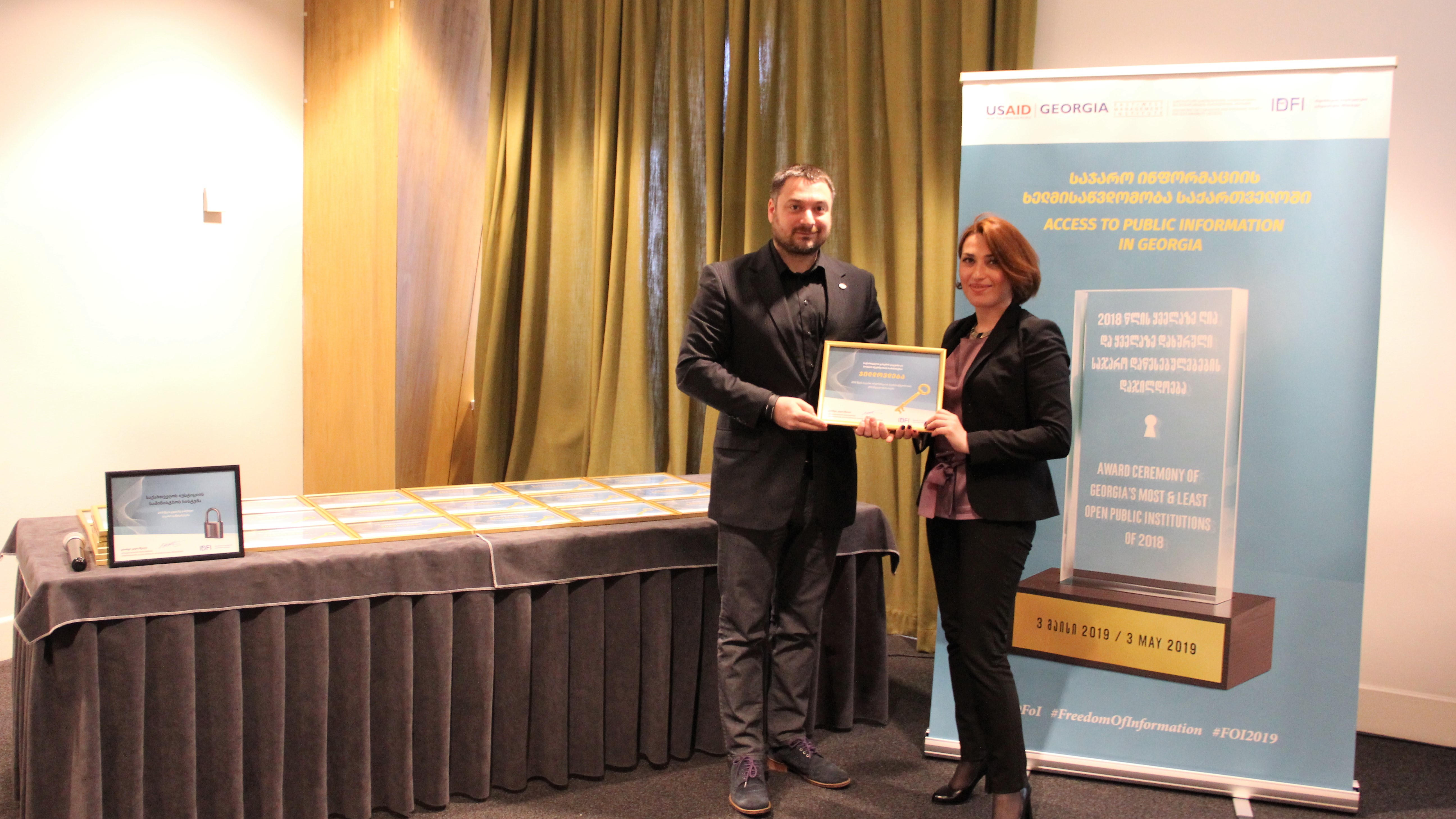 Today the Institute for Development of Freedom of Information (IDFI) presented its 2018 report on access to public information in Georgia and awarded 43 top open public institutions.

The Least Open Public Institutions of 2018: The system of the Ministry of Justice was evaluated by IDFI as the least open public institution. 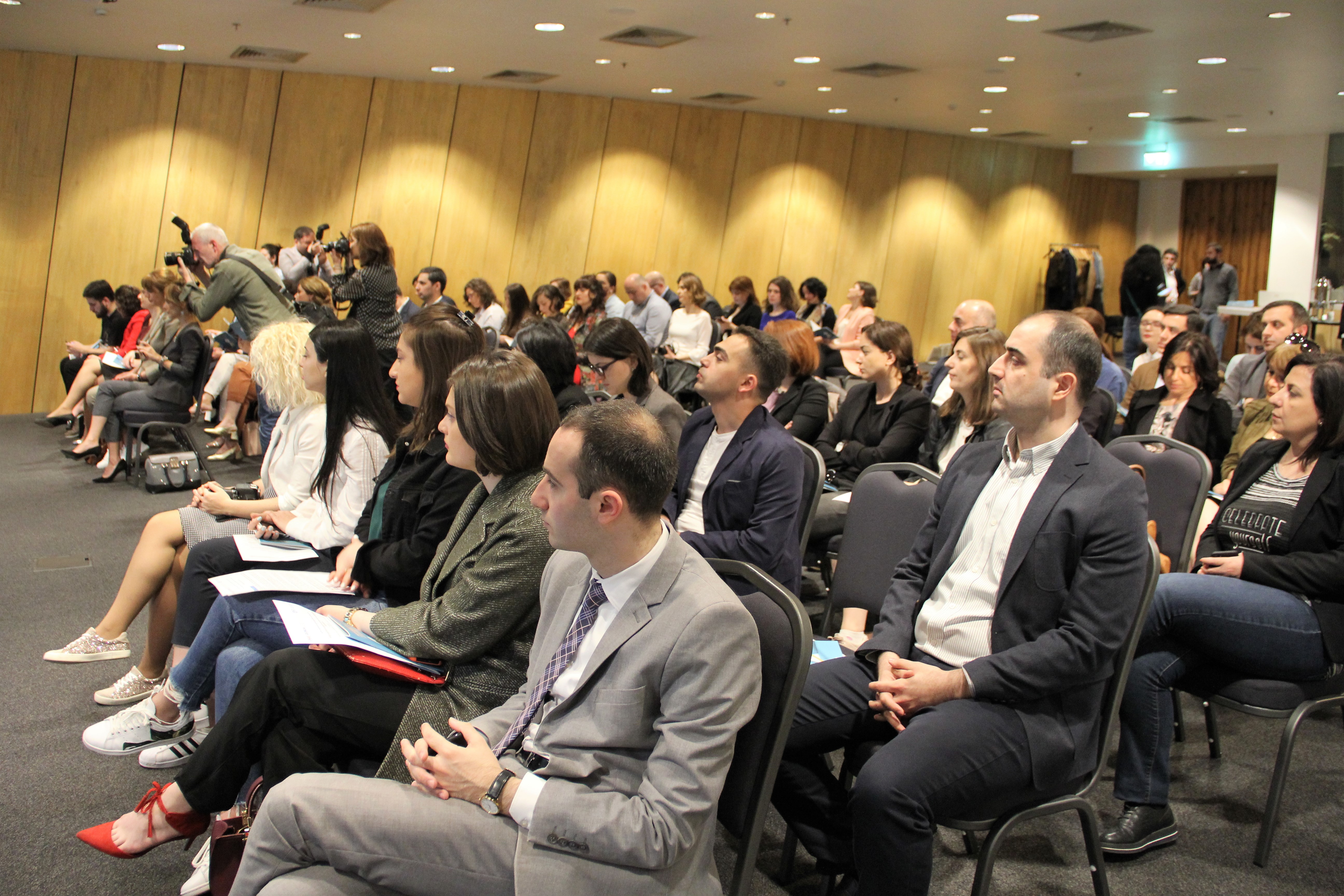 Access to Public Information in 2018: According to monitoring results, access to public information has deteriorated compared to the previous year.  IDFI received responses to 3,653 out of 6,413 total requests sent to 282 public institutions, 493 responses were incomplete, 33 requests were refused, and 959 requests were ignored. Requests about bonuses and salary supplements were most frequently ignored (20% of public institutions). 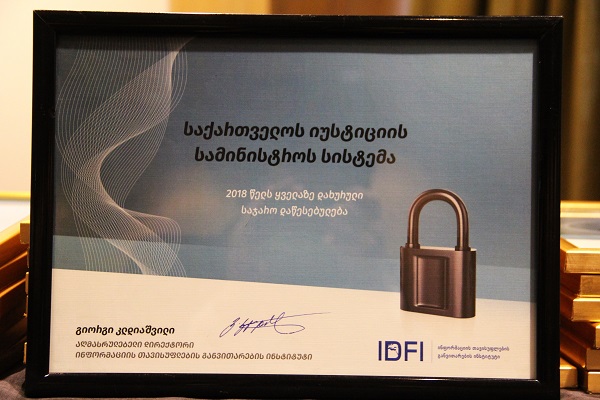 NOTE: Ministry of Defense of Georgia and Racha-Lechkhumi & Kvemo Svaneti Governor’s Administration responded to IDFI’s request (sent in 2018) on information upon the completion of the report document (April 23, 2019).