IDFI Hosted Press Secretaries of the Government of the Kyrgyz Republic 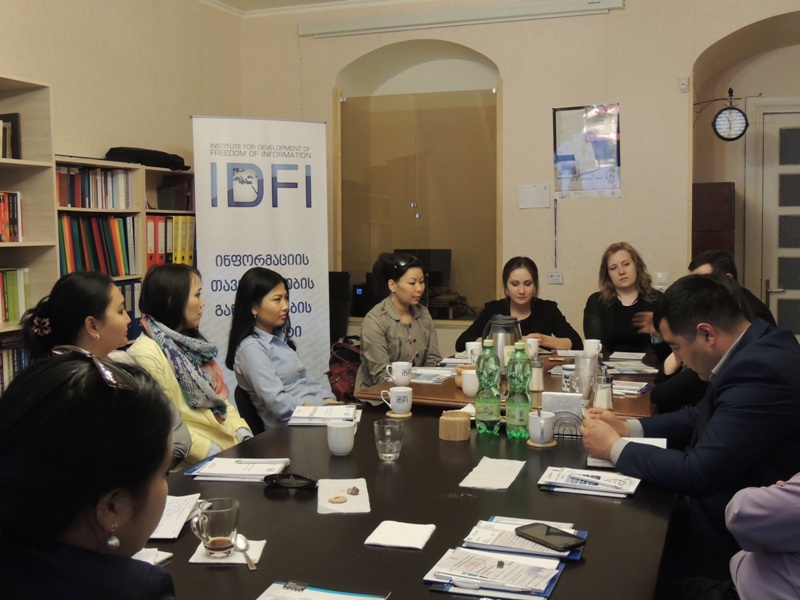 On Friday, 8th of May the Institute for Development of Freedom of Information hosted press secretaries of the Government of the Kyrgyz Republic.

The delegation visited Georgia within the frames of the study tour that is facilitated by the OSCE Centre in Bishkek, Kyrgyzstan within the framework of the “Government Press Service Reform” Project. The project aims to increase capacity of the press service to provide information to the general public in a timely, precise, transparent and well-coordinated manner.

In addition to meetings with government officials and press officers, the delegation has expressed interest in meeting with civil society. Hence, the delegation consisted of 10 people and the chairman - Press Secretary of Prime Minister of the Kyrgyz Republic, Ms. Gulnura Toralieva visited IDFI.

The delegation was interested in activities of the organization. They personally met the Chairman of the Board – Levan Avalishvili and the analyst Nata Dzvelishvili. They discussed the aims, projects, main activities and future plans of IDFI. The representatives of organization shared their experience and opinions about various topics, on which organization works for a long time.