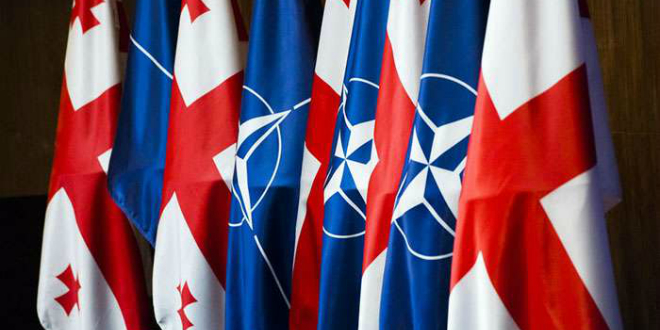 We, the Georgian Civil Society organizations, are addressing the North Atlantic Council to ask to consider political breakthrough toward the Georgia’s NATO membership on the upcoming NATO Summit in Brussels. Ten years ago, in Bucharest, NATO Heads of States and Governments made a decision that Georgia will become member of NATO.

It is clear, proven and firm will of the Georgian nation to become a NATO member. Support for Georgia’s NATO membership in the country is overwhelmingly high and even exceeds the rating of all main political parties combined.

Country has suffered the most for its choice to join NATO. NATO membership is seen as an integral part of the effort of our people to build free, democratic state that is part of Euro Atlantic Community of Nations. Georgia has maintained this political course through difficult times.

The process of Euro-Atlantic integration played an important role for complicated process of the statecraft in Georgia and encouraged reforms in steering country toward a modern, democratic and secure society.  It empowered Georgian citizens to believe and be confident that we can change our own destiny, provided powerful incentives for the reforms to develop state institutions, advance democracy, and transform the national security sector.

Georgia still has much more work to do in building a modern, democratic, and prosperous nation. It still faces challenges, both internal and external. Georgian society in its entirety is European democracy, therefore these challenges are at large extent similar to those European nations have been coping with before and after NATO membership. Georgian citizens proved their dedication to the democratic transformation and modernization of the country, as well as their readiness to ensure that Georgia is a responsible member and contributor to international security, as demonstrated by Georgia’s significant participation in NATO-led peace operations.

We firmly believe that Georgia’s NATO membership will strengthen security and stability of entire Europe as well as will provide major boost to Georgia’s development.

European Security and stability benefited from each wave of NATO expansion, it strengthened peace and prosperity of entire Europe. We firmly believe that Euro-Atlantic community of nations will benefit from Georgia’s NATO membership. It will add to the security of the southern flank of the Alliance as well as strengthening frontline of democracy. It also will encourage reformers, democratic forces beyond Georgia’s borders. Georgia’s NATO membership is next bold step towards great vision of Europe whole, free and at peace.

In the context of threats and challenges the free world is facing, progress on the road of implementation of visionary decision made in 2008 that needs to be carried forward to prove to friends and foes alike unity of the Alliance and its allegiance to the founding principles of NATO.

NATO Secretary General has stated that Georgia has all practical tools necessary for the membership. Georgia needs political decision that would bring clarity about the path to the membership now. We unswervingly believe that this clarity is in interests of Euro Atlantic community as well.

- In Depth Reporting and Advocacy Center

- Europe is our home (Kutaisi)

- For the better future (Tserovani)

- Center of Innovations and Civic Development “House of Progress” (Ozurgeti)