Forms of Ownership of Medical Organizations, World Practice and Georgia 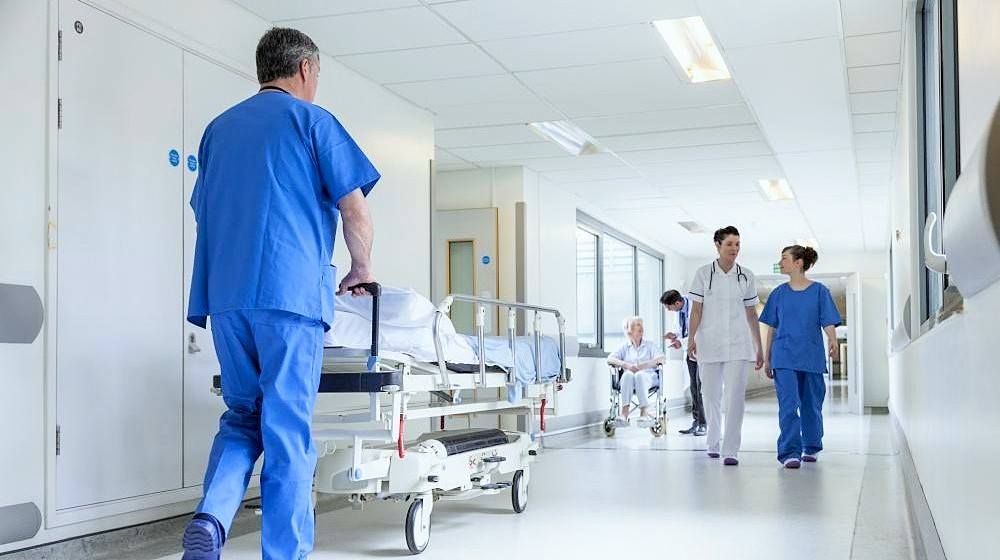 In different developed and developing countries, there are several forms of ownership of medical organizations: Nonprofit, For-profit, State-owned, Public-private partnership. Such diversity is mostly due to the particularities of the medical market. However, there are predominantly two forms of ownership in Georgia – for-profit and state-owned.

The aim of the article is to determine as to why the numerous forms of ownership of medical institutions came to be; which of these forms is most developed and what are the root causes of this; what led to the development of only two forms of ownership in the health care system in Georgia; what are the flaws of such ownership and what recommendations could be provided as to improve the existing situation.

Owners of private, commercial medical institutions are individuals. They are established for commercial purposes and the primary aim of such organizations is to gain profit. These organizations themselves can be divided in several forms: Individual private enterprises, Limited Liability Company, Joint-stock companies.

The most widespread form of ownership of health care organizations is the nonprofit one. Very often, the word nonprofit is misinterpreted and it is considered that such organizations do not represent profitable enterprises. As a matter of fact, nonprofit, as well as for-profit, or even the state medical institutions attempt to make a profit. They only differ in the way they distribute the profit. To be more precise, nonprofit medical institutions do not distribute the profit to the owners or the shareholders, unlike the for-profit medical institutions. Nonprofit hospitals are managed and run by boards comprised of doctors and representatives of the society. The profit gained by their work is distributed and spent on improvement of medical services that the hospital provides, acquisition of tools and equipment for diagnostics, increasing the salaries of the medical personnel of the hospital.

Contrary to the above-mentioned, only two forms of ownership has developed in Georgia. According to data from 2013, 88,6% of the hospitals are private for-profit, among which 42% is owned by insurance companies, 29% by individuals, 18,4 by other types of companies and 8% is state-owned. Mostly specific medical institutions and psychiatric establishments are state-owned (Transparency International – Georgia, 2012).

Table 1 : Forms of Ownership of Hospitals in Georgia

The prominence of nonprofit hospitals in developed countries can be explained by the efforts of religious organizations and local communities since the Middle Ages. They helped the deprived layers of the society – the poor, orphans, clinically insane, patients with tuberculosis or other types of illnesses. These members of the society did not have adequate sanitary conditions in their homes for proper treatment, which made it necessary to build and sustain hospitals. Unlike the poor, the rich and the wealthy had their own court doctors and did not require the services of hospitals. Therefore in European countries, as well as in US, nonprofit hospitals were created in order to provide certain services to the poor and the deprived, mostly funded by donations.

In the 20th century, the advancements in health care technologies led to the development of hospitals in its current form. Due to the above-mentioned, the role of the hospitals changed as well. Hospitals became a place of professional medical activity and appropriate treatment of patients.

With the function of the hospitals changing, their funding mechanisms changed as well. If previously a significant part of the financing came from charity funds and donations, after the changes the expenses of the patients became the main source of revenue for the hospitals, in addition to state and private insurance companies. Thus, the charity hospitals became the nonprofit (non-commercial) hospitals.

In case of Georgia, we should not disregard one important fact. Before sovietization of Georgia, charity hospitals existed in Georgia as well. For example, in Tbilisi, on the place where the former 9th hospital was situated, stood an infirmary next to the church of Andrew the Apsotle, where the famous Georgian poet Vazha Pshavela passed away. The mentioned infirmary, like other infirmaries of the time, was a nonprofit hospital. After 1921, with the eventual soviet occupation of Georgia, nonprofit hospitals became state-owned healthcare organizations. As a result, during the soviet period, there was only one form of ownership in Georgia – state ownership. After regaining independence, private hospitals were added as well. Thus, at present, there are only two extremely radical forms of ownership of health care organizations in Georgia – state-owned and private.

Besides the historically advantageous environment, nonprofit hospitals in western countries had significant support from the governments. As these hospitals tend for the needs of the poor and low-income patients, their work is considered to be charity. Therefore, their income and property is exempt from taxes.

In Western Europe and US, trust in nonprofit medical services developed over the years also played a role in the existence of such institutions. On the medical markets, where consumers are ill-informed about the sector and do not have sufficient information about the necessity of medical services, trust in hospital or the medical institution plays a significant role. Patients tend to trust nonprofit organizations more than the for-profit ones, as the former are not interested in profit and do not attempt to use the lack of information of the patients against them (Feldstein, 2007).

In addition, the society overlooks the performance and governance of nonprofit hospitals, where doctors have more possibilities to have a word in the formulation of the hospitals policies, they can purchase the tools and equipment they consider fit for their expertise and needs and offer services to the patients in relatively low prices. Therefore, nonprofit hospitals meet the financial interests of doctors (Feldstein, 2007).

On a regular market, it is mostly characteristic to strive for maximum gain or profit. For-profit hospitals attempt to price the services in such a way that will maximize the profit. Certain services on the health care market represent the public good. Nonprofit hospitals tend to put the price on services, which will be enough to cover the costs of the services.

It is important to take note of the following problems of the health care sector of Georgia: Most hospitals have fewer than 50 beds (34% of the hospitals have between 11-20 beds; 17% – between 21-30; 41% – between 41-50). Based on the international experience, a hospital with fewer than 50 beds cannot become for-profit; moreover, hospitals with 200 beds can sometimes not yield sufficient profits so as to sustain all of its services in the long-term. It is equally important to highlight that certain types of health care services are not profitable, thus the owners of the hospitals may not fund them.

It was mentioned above that one of the reasons contributing to the development of nonprofit hospitals in the Western countries was the exemption from taxes. However, in this regard, according to the internal revenue code/tax code of Georgia, nonprofit organizations, which undertake charity activities benefit from tax privileges. Charity organizations are exempt from corporate income tax.

Additionally, the civil code of Georgia defines the definition of nonprofit (non-commercial) entities/organizations: “organization, the aim of which is non-commercial, the primary motivational factor of which is not gaining profit, represents a non-commercial entity of public law”. Despite the fact that the non-commercial entity cannot, by default, oriented on commercial activity, it can engage in auxiliary economic activity. Profit gained from such activities should be used for achieving the ultimate aims of the entity and cannot be divided among or used by the founders, members, donors or the management of the entity.

Despite the fact that an entry about nonprofit entities and their exemption from taxes exists in the internal revenue code of Georgia, sheer existence on paper is not enough for the development of nonprofit hospitals in Georgia. As the nonprofit health care institutions in Georgia are underdeveloped, we can claim that there is a lack of motivation for the existence of such institutions. Further elaboration of tax benefits and privileges in the revenue code is necessary based on European experience. It is expedient to increase the role of nonprofit hospitals on Georgia’s health care market.

Besides the above-mentioned forms of ownership of health care institutions, public-private partnership is also widespread in developed countries. Such ownership represents a partnership between the state and private owners aimed at reaching the priority aims of development of the health care system by dividing yield, costs and risks among themselves based on long-term, voluntary decisions. One of the forms of such a partnership is leasing the state property. In such cases, the state leases the buildings and facilities, as well as the equipment that it does not use to a private business.

It is worth noting that a public-private partnership in the health care system is being planned (Sergeenko 2015). Private enterprises will be obliged to co-operate with the state and manage, own and operate the hospitals based on the public-private partnership principle. Due to lack of legal base, the Ministry of Economy is currently working on the new legislation dealing with this matter.

Therefore, unlike regular markets, the health care market demanded existence of different forms of ownership, which comprises private nonprofit, private for-profit, state-owned, as well as public-private partnership organizations. The first steps taken towards public-private partnerships in Georgia are definitely a positive development. However, it is necessary to promote other forms of ownership as well, particularly nonprofit health care organizations. This will increase the competition between different forms of ownership, which will improve access to health care services. Most importantly, this will bring Georgia closer to the experience of the European countries.