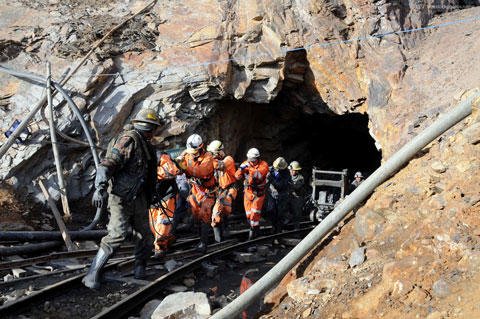 The Extractive Industries Transparency Initiative (EITI) is a global standard, endorsed by multi-countries and stakeholders, to promote an open and accountable management of natural resources.

Today the relevance of EITI must be highlighted because the lack of knowledge on the sphere of natural resources and transit related issues became clear that leads to confrontation and social conflicts. For example, strikes of workers of Chiatura and Tkibuli mines, confrontations regarding the Gold mine of Sakdrisi-Kachagiani, issues of additional gas supplies from Russia, statements of company Frontera regarding the gas resources of Georgia. Extractive Industries Transparency Initiative guarantees access to information and creates the basis for a social dialogue between the employers and employees.

Institute for Development of Freedom of Information (IDFI) along with other civil society organizations has been actively advocating for Georgia's engagement in the Extractive Industries Transparency Initiative. First time in 2012, SCOs prepared recommendations for the Government of Georgia, among the recommendations was - "Implementation of the Extractive and Transit Industry Transparency Initiative" and later in 2013, another set of recommendations were prepared for the Government to consider in the Open Government Georgia Action Plan which included - "Implementation of EITI in Georgia".

Implementing the EITI principles in Georgia - publishing the information about the revenues received from the oil and gas operations and other taxes, license or permits - will change the business environment considerably. Citizens will have an opportunity to examine the revenues accumulated in budget from the oil and gas pipelines, as well as from extractive industries. Different governmental and non-governmental structures should be engaged in the project - started from the Ministry of Energy of Georgia, Ministry of Environment and Natural Resources Protection of Georgia, Ministry of Economy and Sustainable Development of Georgia, Ministry of Finance of Georgia to Georgian Railway, and all the commercial legal entities that are involved in the industry and are willing to engage in the EITI.

investment and generally, business environment, will improve corporate governance, promote openness of governmental policy, increase citizen awareness and control on transit and extractive industries, which would contribute to increased trust of citizens to the government officials and decrease the risks of corruption.

The research below studies the Extractive Industries Transparency Initiative (EITI), its mission, scope of activities and benefits of implementing the initiative for governments, international, non-governmental organizations and civil society based on the official web resources of the EITI and its partner organizations.

It is demonstrated in the research that since the natural resources are a huge wealth of a country, a prudent use of the resources can be an important engine for sustainable economic growth and social development. However, if the resources are managed poorly, it can create negative economic and social impacts in the country, such as raise of corruption, eruption of a conflict.