Discussion on Retirement Savings System and the Developed Stock Exchange 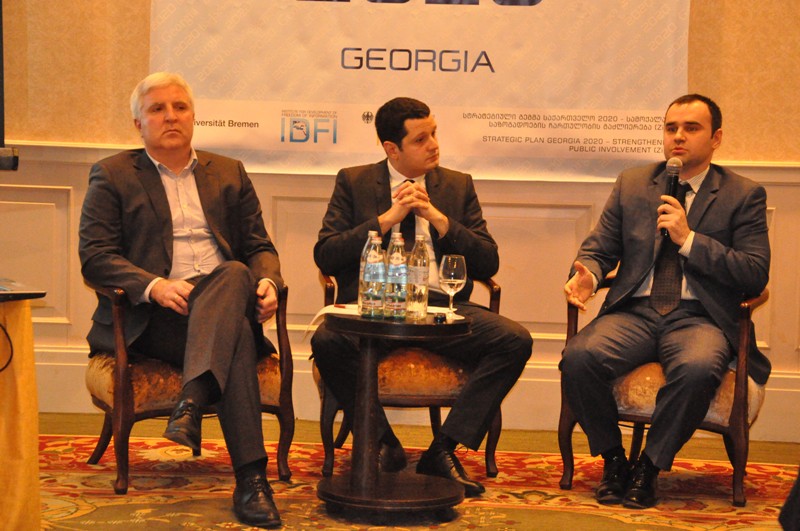 On Wednesday, January 22, the Institute for Development of Freedom of Information (IDFI) organized the discussion in the Hotel Tbilisi-Marriott entitled “Retirement Savings System and the Developed Stock Exchange as the Tools for Access of the Financial Growth in Georgia”. The discussion was held within the scopes of the project “Strategic Plan Georgia 2020 – Strengthening Public Involvement (ZigB)”. The project aims to give rise to the interest of various groups of civil society towards involvement and extension of knowledge about the Strategic Document - Socio-Economic Development Strategy of Georgia “Georgia-2020” - that was approved by the resolution of the government of Georgia, in order for them to be more involved in discussions for the future.

One of the chief aims of the Socio-Economic Development Strategy of Georgia “Georgia 2020” is to improve the access to finance, including the establishment of the retirement savings system and developing financial intermediation.

Discussion held on 22 of January consisted of two parts: the first part covered the ways for implementation the pension reform and pension challenges that are connected with the introduction of the retirement savings system, and the second part of the discussion covered the development of the stock exchange and the current condition of the stock exchange before implementation of the retirement savings system.

Representatives of state, international, political and non-governmental organizations and other field specialists were taking part in the discussion. Main speakers concentrated their attention on various important topics. 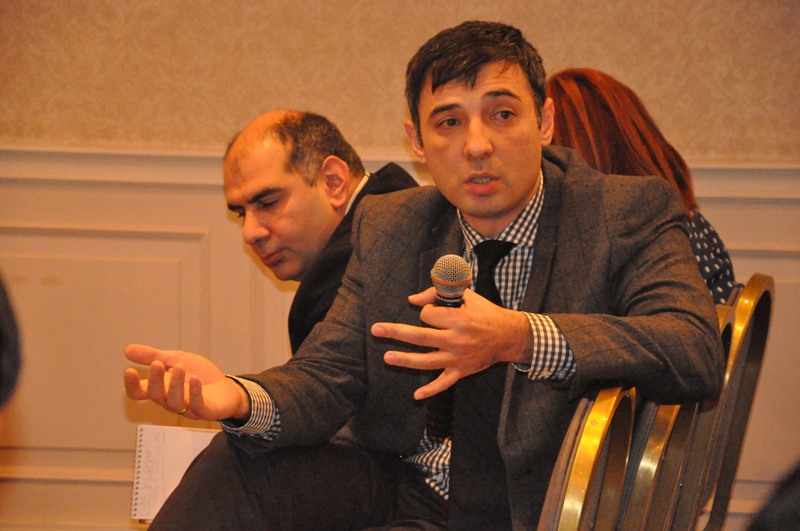 Otar Dzidzikashvili, Head of the Pension Reform Unit at the Ministry of Economy and Sustainable Development of Georgia, addressed the pension challenges of Georgia and the project offered by the government that is still under revision. “As the number of retirees is increasing in Georgia, state will have the obligation to maintain more number of pensioners that means increasing the fiscal pressure in the future. It is of utmost importance to start the program for the government to provide the additional pension system”, said Dzidzikashvili. He emphasized the format of the retirement savings system that the government plans to introduce no later than 2017, January 1 and where the accumulated funds will be governed via private funds. At the same time it was highlighted that according to the current state, government should assist the development of voluntary savings system. According to the draft project offered by the government, government prefers models that contain 6% of pension asset where the employee participation will be voluntary. Particularly, with the approval of the employee, 2% of the pension will be distributed by employee herself and 2%-2% will be allocated by the government and the employer, as the pension asset. Therefore, employees participating in the retirement’s savings system will allocate 6% of the income in the pension fund.

Assuming the socio-economic development reality of Georgia this model is most effective and inclusive conception. According to Mr. Dzidzikashvili with the implementation of the retirement savings system, the state social pensions will be also sustained.

It was also noted on the discussion that for diversifying the risks, more than half, approximately 60% of the funds will be accumulated in Georgian economy; the rest will be invested abroad. 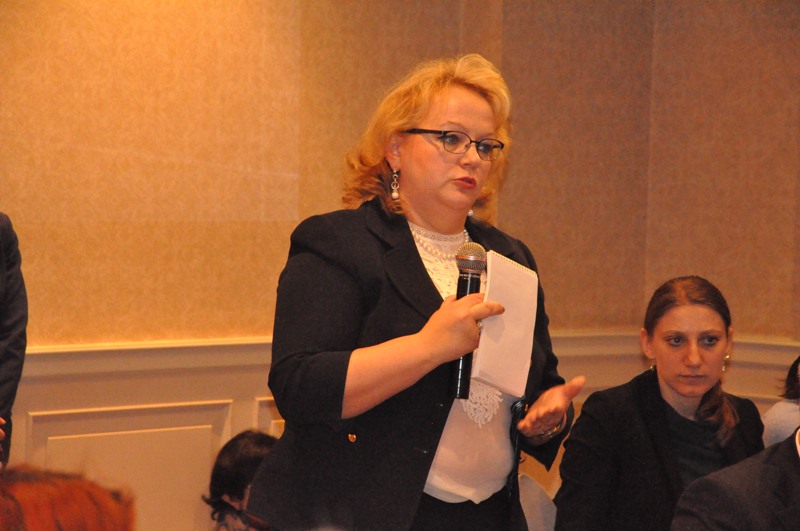 As the government won’t take part in the management of the fund, certain parameters and regulations will be established that must be taken by the fund into account. The company, managing the assets, can invest the money according to the rules of the state that means diminishing the freedom for acting on their own behalf. This approach is correct as it will diminish the risks for bankruptcy and political manipulation. Existence of the private funds is the basement for sustainable and stable system for the system not to be vulnerable towards the issues of increasing the number of the politically motivated investments – said Mr. Dzidzikashvili. He also mentioned that negotiations had already begun with the Georgian and Foreign companies for selecting the private fund.

Mr. Andria Urushadze, the researcher of the Public Political Center, addressed alternative pension models and emphasized that in countries with the similar socio-economic development state as Georgia, retirement savings system has its risks regarding the investment direction. Mainly, obligations undertaken by the political promises affect negatively the sustainability of the pension system; therefore he said that system itself should be free from political meaning. He said that in Chile, where the alternative retirement savings system was introduced for the first time, the retirement savings quota was inappropriate with the minimal pension level, therefore the government had to assist and subsidize for the pension to be equal with the minimal level established by the government.

Mr. Nikoloz Koiava, Assistant-Professor at Ivane Javakhishvili Tbilisi State University, made a speech regarding the stock exchange as financial intermediary and highlighted the institutional adjustment as the prerequisite for reaching the effectiveness. He also highlighted the factors restraining from access to finance and emphasized the financial intermediation efficiency criteria. 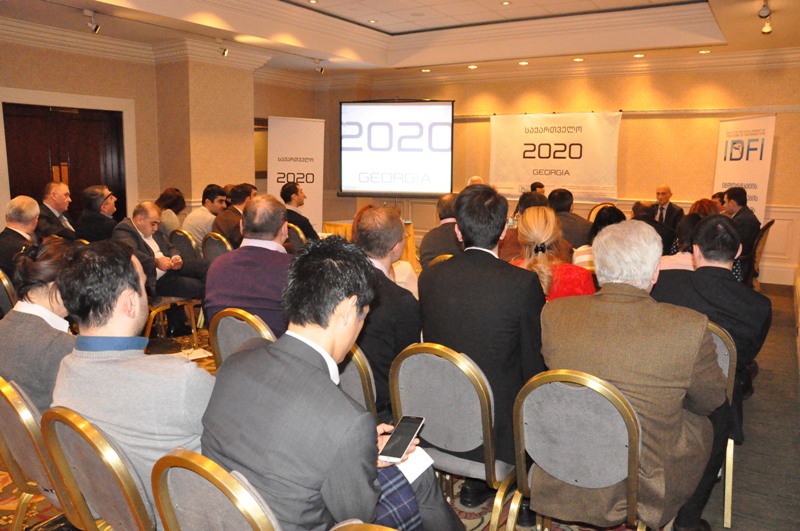 Within the scopes of the discussion, the Chief Executive Officer of the Georgian Stock Exchange, Mr. George Paresishvili and the General Director of JSC Galt & Taggart Mr. Irakli Kirtava analyzed stock exchange as the tool for access of the financial growth in Georgia and talked about the conceptual development plan of financial instruments. According to Mr. Giorgi Paresishvili it is important to have minimum five years of tax concession for the companies represented on the stock exchange. Regarding the mentioned issue, Kirtava used the example of Bulgaria after the Bulgarian companies started offering their shares on Warsaw stock exchange, the government gave tax concessions for these companies, thus the process wouldn’t have the reversible effect.

The purchasing way of state bonds was followed with a fierce discussion. Mr. Davit Aslanishvili, Director of the “Investment Group of Georgia”, said that currently the minimal purchasing level of 50000 GEL obstructs personalities to be more actively involved in this process. According to him it is important to reduce this level for persons to be more involved in this process that will increase the competition.

General Director of JSC Galt & Taggart, Mr. Irakli Kirtava, connected the retirement savings pension reform and the practice of issuance the corporate bonds by Georgian companies. He also mentioned that one of the main incentives for the effective implementation of the pension system is the development of the stock exchange. If the stock exchange won’t be developed and the companies won’t use corporate bonds as financial tools, it may be followed with risks: first of all, the risk for the outflow of financial resources will be increased, and secondly, money accumulated in the fund can be used by the government as the domestic debt to cover the current expenditures.

President of the Association of Georgian Banks, Mr. Zurab Gvasalia, representatives of the World Bank’s South Caucasian Office - Ms. Angela Prigozhina, Hiro Tsubaki and Gabriel Godard, the adviser of the administration of the Government of Georgia in economical affairs, Mr. Zurab Chinchaladze, General Director of the Brokerage Company “Caucasus Capital”, Mr. Giorgi Loladze and the representatives of the Ministry of Finance, Mr. Nikoloz Gagua and Mr. Tengiz Gvelesiani – were also presented on the discussion.

According to Ms. Angela Prigozhina, though they all agree on the development of the stock exchange, following problems still exist: “we all want the developed stock exchange but in reality no one from the society represented Today wants to invest money on Stock Exchange because we don’t know under whose ownership are the represented companies and whether they are profitable or not”, said Prigozhina. One of the main reasons for that she highlighted the non-development of legislation. She said that in the current state only banking sector has this information, therefore, only bank lending institution is developed – as the way to access finance. “If the situation won’t be changed, the stock exchange won’t be developed”, said she.

There was an active interaction of speakers and participants during the discussion.

The Institute for Development of Freedom of Information plans other awareness raising and civil involvement events within the scopes of the project in the future as well.