Discussion - The Universal Healthcare Program and its Challenges in Georgia 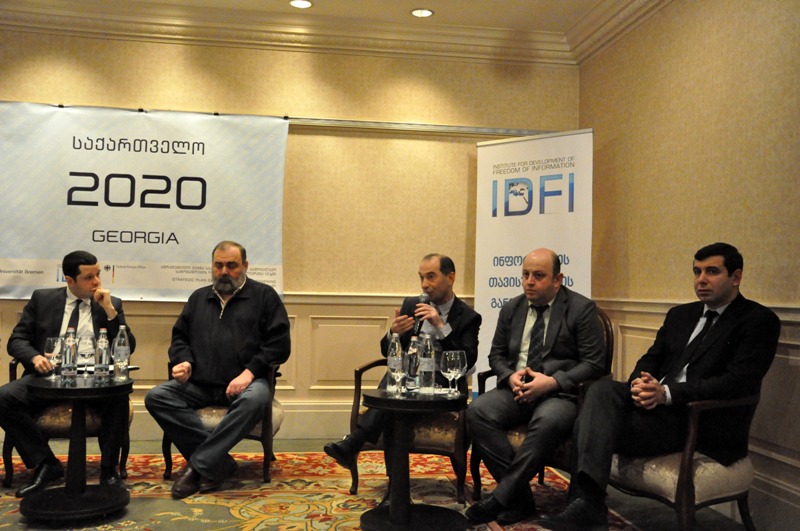 On Thursday, January 15, the Institute for Development of Freedom of Information (IDFI) has launched the discussion entitled “the Universal Healthcare Program and its Challenges in Georgia”. Discussion will be held within the scopes of the Project “Strategic Plan Georgia 2020 – Strengthening Public Involvement (ZigB)”.

Socio-Economic Development Strategy “Georgia 2020” includes the implementation of the Universal Healthcare Program. The discussion on January 15 aimed to analyze the short-term and long-term challenges of the universal healthcare program, based on the preliminary results, regarding the abovementioned strategy.

Main speakers concentrated their attention on various issues, particularly, the Deputy Minister of the Ministry of Labour, Health and Social Affairs of Georgia Mr. Zaza Sofromadze and Director of the Social Service Agency Mr. Gaioz Talakvadze addressed the initial results of the Universal Healthcare Program. The Head of the Georgian Insurance Association, Mr. Devi Khechinashvili assessed the universal healthcare program from the private insurance companies’ point of view and Professor of Ilia State University Tengiz Verulava addressed the perspectives of competitive social insurance model in Georgia. 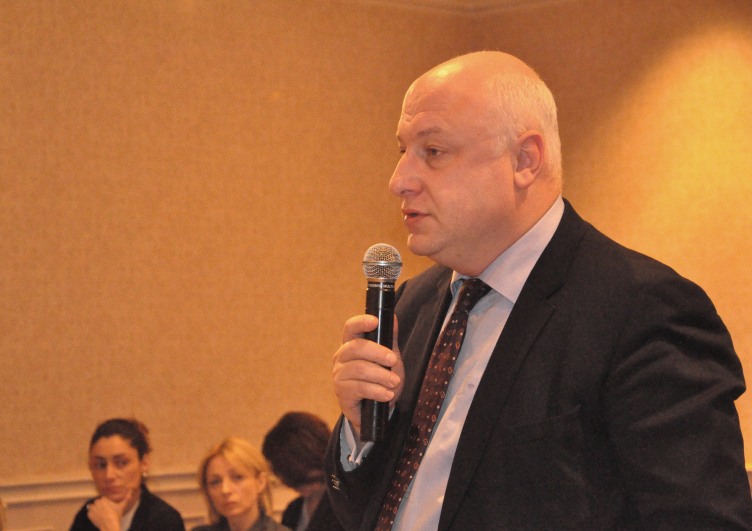 It was highlighted in the discussion that the government doesn’t yet have the plan for widening the universal healthcare program as the government is waiting for the preliminary results that will be the basement for the further development of the strategy. According to Zaza Sofromadze, the program can be considered as successful as there is a high level of satisfaction within the society towards the universal healthcare program.

The position of the Gigi Tsereteli was different from the Deputy Minister. He said that the previous government also possessed plans for implementing the same program but due to insufficiency of resources it was restrained. The current government doesn’t possess the certain plan how cover the costs of the program that it took as the responsibility.

Another argument that the participants of the discussion used to criticize the healthcare program is reducing the costs for the patients that the state plans to undertake according to Georgia 2020 but it is not clear whether the government will be able to allocate sufficient resources. 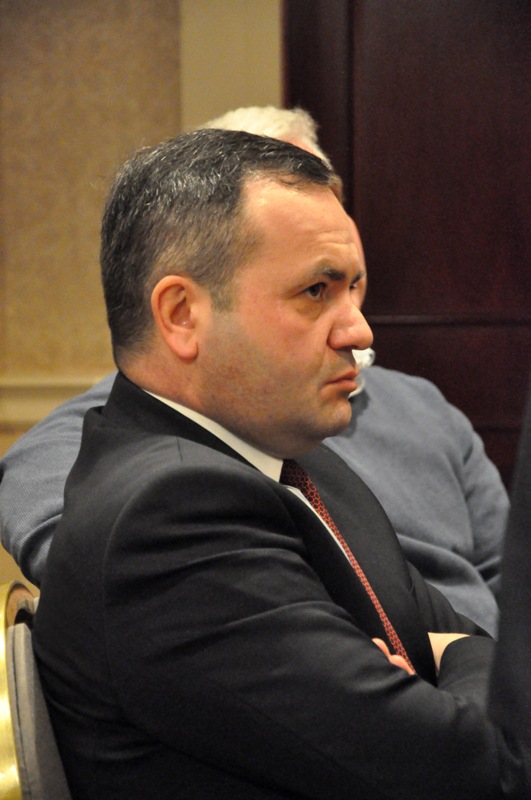 According to the statistics of the year of 2011, the patients are funding 70% of their total costs. It is written in the strategy that the costs paid by the patient should be reduced from 70% to 30%. At the same time 60% of the costs paid by the patient is connected with the medication but according to the strategic document this indicator should be reduced at least till 20% that means increasing the state costs.

According to Zurab Chiaberashvili, the universal healthcare program can be assessed with the words “All & Small” that is not the good model. He said that the program has lost its aim because it is calculated on all citizens but citizens who are standing on the various social levels can consume it differently. Particularly, when the visit to the physician and the surgery is free of charge, patient should undertake several clinical evaluations that are charged. Therefore, only relatively wealthy personalities could afford the necessary amount of money and proceed to the planned surgery, and poor personalities are not able to face the necessary costs.

After the implementation of the Universal Healthcare Program, the problems affected the private insurance sector as well that is losing the clients. Devi Khechinashvili emphasized that the main problem was the government not having the development plan, therefore insurance companies don’t know how to develop and attract clients.

It was also mentioned on the discussion that at least 100% of the hospitals are privately owned in Georgia that negatively affects the sphere. 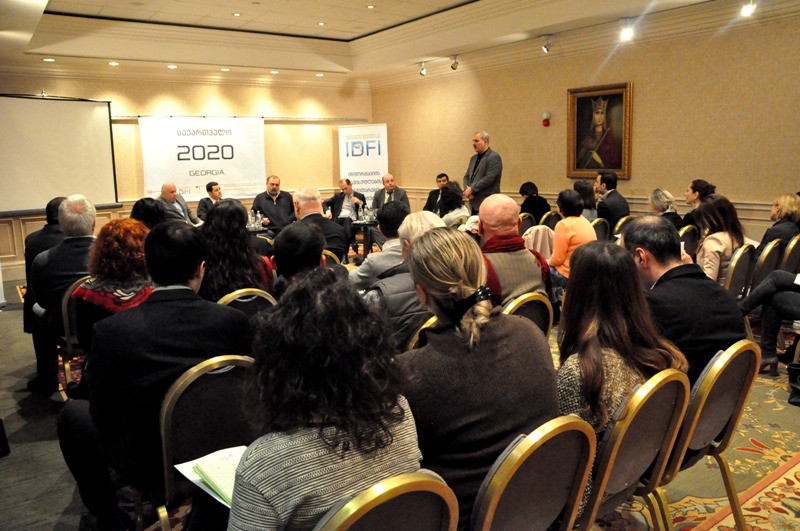 Tengiz Verulava spoke about the positive and negative sides of the program. He said that there are much better conditions for the physicians according to this program that it was before when the previous programs were conducted on reducing the salaries of the medical personnel. He said that this model was better than any other model implemented before but still modern world experience highlights the superiority of competitive insurance model. “There should be a general package that can be offered by both the state based insurance funds and privately owned insurance companies that will create the atmosphere of competitiveness”, said Verulava.

Institute for Development of Freedom of Information (IDFI) together with the Bremen University and with the financial support of Federal Foreign Office of Germany is implementing the project: Strategic Plan Georgia 2020 – Strengthening Public Involvement (ZigB). The project aims to give rise to the interest of various groups of civil society towards involvement and extension of knowledge about the Strategic Document - Socio-Economic Development Strategy of Georgia “Georgia-2020” - that was approved by the resolution of the government of Georgia, in order for them to be more involved in discussions for the future.