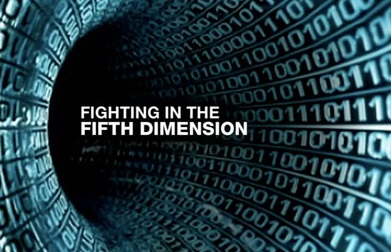 This study by IDFI examines secret surveillance in Georgia and ongoing crypto wars between governments and technology companies worldwide.

It starts off with examining a dispute between Google and a Dutch kindergarten on removal of fake reviews from the kindergarten website and disclosure of information on a fake user. The dispute is considered precedential, since Google was obligated to disclose contact and registration information of a fake user for the first time.

Next, the study provides a detailed description of a court dispute between the FBI and Apple regarding the unlocking of an iPhone belonging to the San Bernandino shooter. The study analyzes the legal and technological difficulties of the case, and its importance in relation to other similar disputes both in the US as well as throughout the world. The author states that a court decision in favor of the FBI would set a precedent for similar cases. The study examines the ways to extract information from the shooter’s phone as well as possible defects of Apple’s security system.

After this, the study briefly reviews the ways and methods used by various countries involved in crypto wars, and discusses the shortcomings of Georgian legislation in this regard. According to the author, Georgian legislation contains significant shortcomings in terms of allowing government interference with citizen communication. More specifically, the legislative package on secret surveillance that was initiated by MPs Beselia-Popkhadze-Sesiashvili and passed by the Parliament on November 28, 2014, gave the State Security Service and other law enforcement agencies access to the so called ‘key’ to wiretapping without extending the ‘two key’ system to internet communication. These changes have effectively given the government the means to misuse its power in terms of decrypting and intercepting private internet communication.

The study also examines Google’s statistics on the number of information requests made by the Georgian Government from 2009 to 2015. During this period, Georgia has sent a total of 6 requests to Google, all in 2013. None of the requests has been satisfied by Google due to their non-compliance with legal requirements or Google’s policy.

In conclusion, the study states that in addition to technical and legal difficulties that hinder the investigation process the Georgian legislation contains further shortcomings that create the risk of repetition of the events of March 13, 2016. Specifically, the fact that the ‘two key’ system does not apply to internet communication, and that law enforcement authorities continue to have unlimited access to surveillance hold risks for misuse of power.