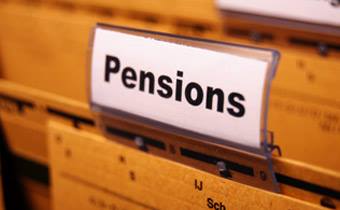 One of the central goals of the ongoing economic transformation undertaken by the government of Georgia is to develop a modern, inclusive, liberal economy in Georgia, which will be competitive in the global economic system. Pension system reform is an integral part of this transformation, due to its prominent financial and social importance, which is evident in the “Social-Economic Development Strategy – Georgia 2020” [1].

In 2014, the Pension Reform Office was created under the auspices of the Ministry of Economy and Sustainable Development of Georgia, headed by Mr. Otar Dzidzikashvili [2]. The Office aims to create and implement the concept of the pension system reform. According to the plan, Georgia will switch to the saving pension scheme in 2017, while 2016 will be completely dedicated to parliamentary deliberations and the creation of a relevant legal base for the system [3]. Therefore, Georgia will be able to create the concept of the reform and implement it in about 4 years, whereas Armenia, for example, needed 15 years to switch to pension saving scheme [4].

Considering the social-economic goals, there is a great public interest towards the reform, which was manifest in several public and television discussions held on the subject throughout the year [5] [6]. Non-governmental organizations (NGO) working in the field attempt to respect the principle of private-public dialogue and include a wide range of public in the deliberations from the very onset of the reform.

The following analytical work analyzes the process of the pension system reform. For the given goal, interviews were taken from Irina Guruli – Monitoring Program Manager at Economic Policy Research Center (EPRC) and Ms. Tamar Jugheli – Research Director at PMC Research Center. As a conclusion, the work highlights the main challenges related to the reform.

Over the last year, the necessity of the pension system reform has been widely discussed, which itself is due to the demographic, financial and economic realities in Georgia [7].

After the meeting of the head of the Pension Reform Office with the business sector [8], which took place on 11 December 2015, the concept of the reform became known:

On the initial stages of the reform, all employed citizens will automatically become a part of the pension saving system (with the exception of self-employed, the number of which is rather high in the workforce [9]), who will have the possibility to opt-out from participation during the first six months after being enrolled. Thus, the person will have a period of 6 months to decide whether to stay in the system or not. The reform intends to create a semi-compulsory (hybrid) pension saving scheme for the employed, however completely mandatory for the employer.

According to the reform, the new model implies transferring 22% of the employee’s monthly salary to the budget, from which 2% is contributed by the government to the person’s pension savings account. In parallel, the employee will contribute 2% to the pension fund, whereas the employer contributes 2% as well. Annual interest rate is added to the above-mentioned 6% of the employee’s salary. Therefore, we will have a model whereby the 6% of the contribution is divided among the employer, employee and the government, directed towards the pension fund, which is administered by private financial companies. Besides this scheme, the so- called state funded pension scheme (Pay-As-You-Go), based on the minimum subsistence allowance, will remain intact. According to the reform, it will be possible to leave the accumulated money on the pension account as inheritance, and its withdrawal before due time in certain cases (so far no specifics have been known, but most probably, it will cover money necessary in case of accidents and severe health complications). The age threshold for becoming a part of the system is 50 for men and 45 for women.

Opinions of the Non-Governmental sector on the Pension System Reform

The reform was met with criticism from the Non-Governmental sector, as well as the political opposition and experts of the field [10] [11] [12].

Monitoring Program Manager at EPRC, Ms. Irina Guruli thinks that the pension rate proposed by the reform will weigh heavily on the public financial sector. According to Ms. Guruli, the demographic situation, small scale of formal economy and the social policies of the government are considerable problems. Considering the above-mentioned, a reform is indeed indispensable, which is accompanied by numerous challenges. According to statistics, the number of income tax payers in Georgia is 600 000, half of whom are employed in the public sector and the other half in the private sector. There are not many income tax-payers in Georgia, hence the notion that the money accumulated in the funds will be enough to stimulate and bolster the economy is unrealistic. The next issue is the investment mechanisms of the accumulated sum. As a rule, countries such as Georgia choose depositing and treasury bonds as they have lower-risk. According to Ms. Irina, there is a significant problem in terms of investments as the capital market in Georgia is undeveloped. This creates hurdles for the planned reform. Additionally, unstable environment and lack of long-term vision should be taken into account. A number of questions arise in terms of inflation and the future purchasing power of the accumulated money. The mandatory character of the proposed reform for the employer is also controversial, which creates additional burden for private businesses and enterprises. This may ultimately lead to a hike in informal employment.

Ms. Irina claims that the voluntary saving mechanism exists in Georgia in the form of banks and private insurance companies, however, to what extent does the population have the self-discipline and practice of saving is another topic, which in itself is related to the sense of stability, especially towards the national currency.

Ms. Irina says that there is a severe deficit of informational deficit vis-à-vis the planned reform, which will undoubtedly create obstacles for the representatives of the private sector. Significant work needs to be done in terms of raising public awareness, so that the business sector has a sense of stability and undesired effects evident in the Armenian case, when the failure of the reform was largely due inexistence of information campaign.

On 10 December 2015, research center PMCG presented the findings of the research “Compulsory Pension Saving Scheme– Challenges and International Practices” and a discussion was held on important aspects of the pension system reform [14] [15]. Research Director at PMCG Research Center, Ms. Tamar Jugheli considers that the current social-economic environment does not provide fertile ground for the reform and the expectations that exist about the development of capital market are overemphasized.

Based on the research, which focuses on the mandatory character of the reform, Ms. Jugheli claims that the compulsory pension saving scheme will not ensure the “worthy pension”, as due to low income, the population will not be able to accumulate sufficient savings. She also states that the scheme incorporates only a small part of the population (income tax-payers) and will not guarantee easing of the budgetary burden.

Ms. Jugheli considers that involvement of the non-governmental sector, informing the private/public sectors is crucial on every stage of an important reform such as the pension system reform, which unfortunately, is not evident, and the private-public dialogue proves to be inefficient.

According to Ms. Jugheli, considering the importance and scale of the reform, the research center will continue to work on the subject in future.

Any type of reform faces risks and challenges, which require thorough analysis of the reform concept, acknowledgement of possible outcomes, and comprehensive discernment of challenges, as well as creation of effective mechanisms to avoid these complications.

Main challenges to the planned pension system reform are presented below:

Georgia is still on the list of poor countries [16], which means that the problem is not the lack of savings or redistribution, but lack of capital that should be saved and redistributed. Therefore, the expectation that with the introduction of the pension savings scheme will bring about higher social welfare after retirement (which is assumed by the head of the Pension Reform Office[17]), does not reflect the economic-financial reality of Georgia.

According to Mr. Otar Dzidzikashvili, the new system will be based on the principle of voluntarism and those involved in it have a choice to leave the system. It is important to note that the voluntary aspect applies only to the employee, whereas the employer and the state are deprived of this choice, this will create problems for employers, as they are obliged to contribute 2% of the employee’s salary to his or her pension saving account. In order to hedge the financial pressure, the employer may resort to different methods, such as reducing the salary of the employee and direct the saved difference to the fund as the 2%, which in the end leads to the infringement of employee’s rights.

In order to ensure a “worthy retirement” it is essential to have high contributions on monthly basis, which is unlikely to happen with the planned 6% contribution. This is evident on the first table: compulsory pension saving efficiency – simulation.

Raising public awareness about the systemic changes remains a significant issue. We can say that the process is not that successful as only a small part of the society (experts of the field) is aware of the reform. I think the Pension Reform Office faces a great challenge and should inform the public about the necessity, benefits and risks of such reform.

[5] Institute for Development of Freedom of Information, Discussion on Accumulative Pension System, 2015, https://idfi.ge/ge/discussion-on-accumulative-pension-system