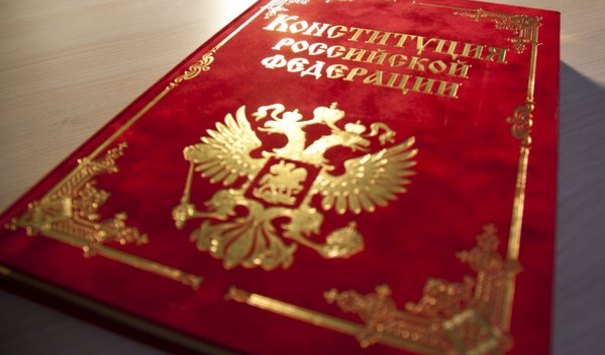 Due to the Coronavirus epidemic, the President of the Russian Federation, Vladimir Putin has postponed a vote on the constitutional amendments, which was scheduled on 22 April 2020, to an unspecified future date.However, meanwhile, the legislative body of the Russian Federation (Duma) managed to initiate a number of legislative amendments that, according to independent researchers, lawyers and opposition politicians, further restrict already restricted human rights.

Even before the Coronavirus, public attitudes toward the police were not exemplary: during the last few years, almost on daily basis, media reported about the cases of the police planting drugs and torturing the citizens. A lot of videos, depicting how the police treats demonstrators in the streets, beating unarmed citizens with truncheons, etc. are available on the internet. Also, the Anti-Corruption Foundation (Фонд борьбы с коррупцией) as well as the other organizations periodically publish the information about the unprecedented property of the police high officials, mostly registered on their relatives’ names, which they have, supposedly, acquired through illegal means.

The Russian police still functions according to the vicious planed system implemented during the Soviet Union (Пресловутая палочная система), which means that each police officer should reveal a specific number of crimes and arrest a specific number of citizens within his/her perimeter per day. The State Auto Inspection (ГАИ) functions according to the same principle.

During the COVID-19, the Russian government submited the amendments in the federal law “On the Police” to Duma, which will acquire the police with additional rights:

- For instance, they will be able to inspect the vehicles even when the owner is not at place and the owner will be notified about it within 24 hours;

- The police will be able to enclose houses and the blocs of appartments and inspect any resident or flat even if the owner is not there;

- The police will have a right to use a gun not only when danger is evident but also when the police officer considers particular activities as an attempt of attack.

For the first two points, the police officer will be able to make such decisions on his/her discretion without court ruling or any type of order. Supposedly, due to this amendment, the number of cases of drug, gun or other “physical evidence” planting will significantly increase.

The enactment of the third point is perceived as a major threat by the Russian society: lawyers assume that this will acquire the police with unlimited power and some kind of “license to kill” while the recorded minutes will be diverse and creative – how specifically the police officer has determined that a particular person posed a real physical threat.

The amendments also concerned the law “On Elections”. Duma has radically changed the elections legislature, the reason for which was still named the Coronavirus:

- According to the amendment, voting during the elections or referendum will be possible through the Russian State post (ПочтаРоссии);

- Through other remote and electronic means.

Experts and a part of politicians do not trust the Russian Post and consider that they will fulfill any state order thoroughly. The safety of this whole procedure is very doubtful, as long as a voter should print the ballot at home, mark it and send it through post and during this process, watermarks and the other types of protection attributes are not considered. Moreover, it is impossible to control whether the letter gets to the ballot box and whether the market ballot is opened or changed.

Since 2021, electronic voting will be possible through the website – www.mos.ru. This arises many questions: pilot electronic voting was already carried out during the 2019 Moscow City Duma Elections at various polling places and exactly at these places, the representatives of the ruling party got the highest results. Due to the non-transparency of the system, the double-checking of the results was impossible and, according to experts, this will be impossible in the future as well.

- According to the amendments, the persons convicted for the crimes of medium severity will not have a right to vote;

- For participating in the elections, any electoral subject or independent candidates should present the signatures. The number of signatures is defined according to the elections (e.g. Parliamentary, local). After the amendments, the number of acceptable defected signatures will decrease to 5% (it was 10% before the amendments). Meanwhile, a signatory should fill in the following graphs – signature, date, surname, name, patronymic and the other personal details.

During the last few years, many representatives of the Russian oppositional spectrum have been convicted for the crimes of medium severity as long as political articles are included in this category.

Not allowing the candidates to participate in the elections due to defected signatures had been an important tool for the Central Elections Committee ruled by the Kremlin even before the amendments. During the 2019 Moscow City Duma Elections, the Elections Committee did not allow Lyubov Sobol, Dimitri Gudkov and the other popular independent politicians to participate in the elections due to the inauthentic signatures. According to the ironic explanation by the opposition, “Ela Panfilova (Head of the Central Elections Committee of the Russian Federation) Fighter-Graphologists” will be able to block any candidate, who is unacceptable for the Kremlin.

Due to the overcoming of the Coronavirus peak and the gradual removal of restrictions, the date for voting on the amendments in the Russian Constitution was defined – 1 July, after which the Russian President, Vladimir Putin’s previous terms will be annulled. Therefore, Putin, who, according to the acting Constitution, should have left the post in 2024 and would not be able to participate in the elections until 2030, will be able to become a President in 2024 at least for 2 terms, for 12 more years.