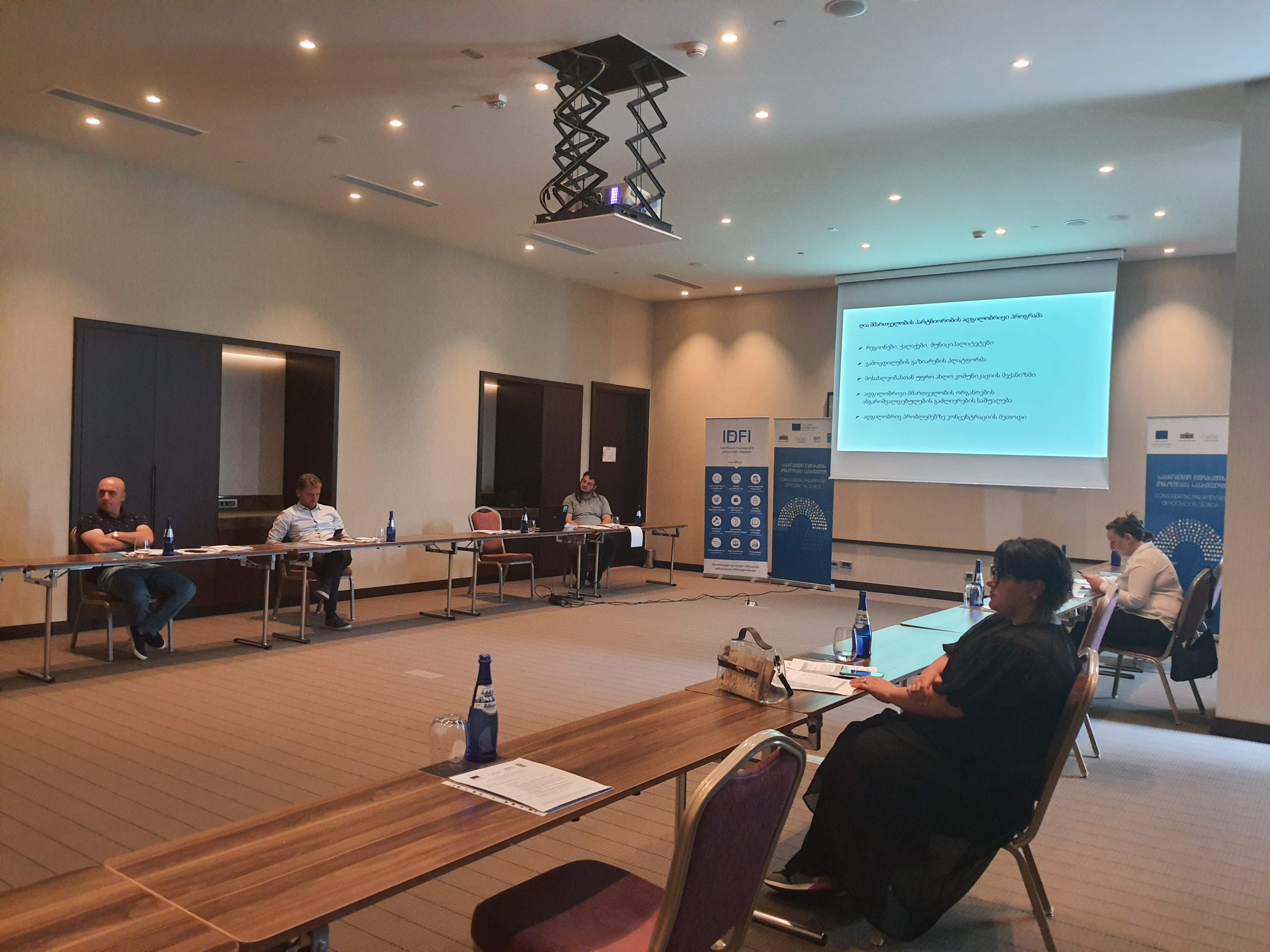 In frames of the meeting, representatives of non-governmental and international organizations, as well as the members of the consultative group discussed the initiatives suggested as the commitments for the Action Plan of the Open Governance Council of the Supreme Council of Ajara. The main purpose of the abovementioned initiatives is to promote the institutional openness of the Supreme Council of Ajara, improve the delivery of public services, increase accountability and citizen involvement.

The Consultative Group is responsible to consolidate and submit member initiatives to the Open Governance Council.

Executive Director of the Institute for Development of Freedom of Information(IDFI) Giorgi Kldiashvili shared information concerning involvement in Open Governance Partnership and described the action plan elaboration and implementation process.

Work of the Open Governance Council of the Supreme Council of the Autonomous Republic of Ajara is supported by a joint project of the European Union (EU) and the United Nations Development Program (UNDP) "Consolidating Parliamentary Democracy in Georgia." The project is closely cooperating with the Institute for Development of Freedom of Information (IDFI) to promote Open Governance Principles at the Parliament of Georgia and the Supreme Council of Ajara (SCA).