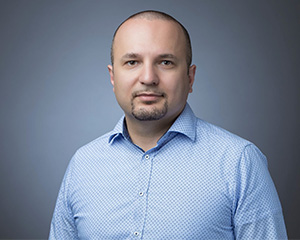 Andro Gigauri is a lawyer. In 2010, he obtained Master’s Degree from the School of Public Policy at George Mason University. Between 2005-2008, Andro worked at the Office of Democracy and Governance in USAID’s Mission to Georgia, where he managed Civil Registry Reform project and Support to the New Government of Georgia project. Between 2010-2012, Andro served as Chief of Administration at the Ministry of Justice of Georgia. Since 2012, Andro has been engaged with human and institutional capacity development programs in Central Asia, Ukraine and Republic of Belarus, cooperating with projects supported by European Union Delegations, Council of Europe, World Bank, DFID and DANIDA.

Andro cooperates with projects implemented by PwC and Chemonics. In Ukraine, Andro supported inception and capacity development of the National Anti-Corruption Bureau, which is an investigative agency focusing on high level corruption cases. Since 2013, Andro has been teaching a year-long course in Public Policy Analysis at Free University of Tbilisi.