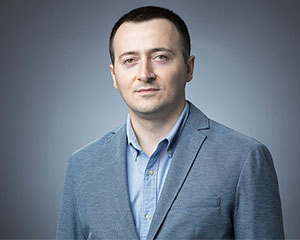 Manager of the Educational Certification Program on Fighting Corruption

Davit Maisuradze is the Manager of the Project on „Fighting Corruption Educational Certification Program“, and the Associate Professor and a Director of the Centre for Corporate and Commercial Law at the Ilia State University, School of Law. He is an LLM graduate of the University of California, Davis, Martin Luther King Jr. School of Law, 2009, and received his Ph.D. from I. Javakhishvili Tbilisi State University in 2015.

Davit has 10 years of lecturing experience and lectures courses in Corporate Law, Mergers & Acquisitions, Corporate Governance and Securities Regulation at various Universities in Georgia. At the same time, he is a practicing lawyer and has a 5 years of working experience as a manager in Public and Private Spheres. In 2010-2013 Davit worked at the Ministry of Justice of Georgia. From 2012 to 2013, he was the Director of the LEPL Center for Crime Prevention at the Ministry of Justice of Georgia. In 2014-2016 he was the Open Governance Direction Lead and the Parliamentary Secretary at IDFI. Davit is the author of several scientific and analytical articles.