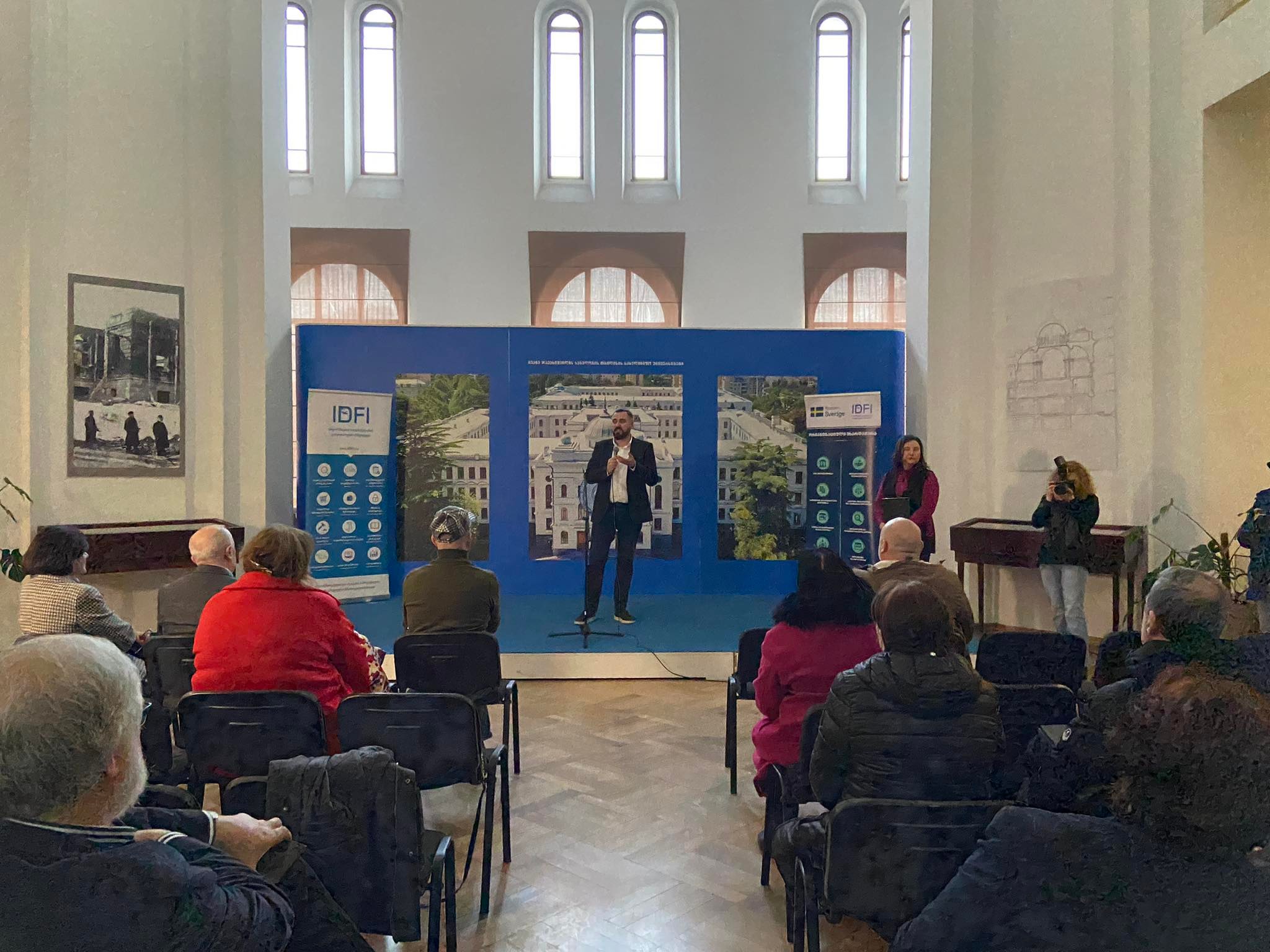 On January 18th, 2023, a presentation was held at Ivane Javakhishvili Tbilisi State University for the memorial album of Akaki Chkhenkeli.

Anton Vatcharadze, head of the memory and disinformation research department at the Institute for the Development of Freedom of Information (IDFI), and Salome Chanturidze, head of Tbilisi State University's Knowledge Transfer and Innovation Center, addressed the guests. Other notable attendees included the Director of the National Library of the Parliament of Georgia, Giorgi Kekelidze, Deputy Rector Nino Okribelashvili, and Professor Dodo Chumburidze.

Vatcharadze discussed the content and importance of the archival materials used in the album, highlighting Chkhenkeli's role in the creation of Georgia's political history.

It includes information and photographs about Chkhenkeli's family, education, and political career, including his time as a deputy of the IV convocation of the State Council of Russia, chairman of the government of the Transcaucasian Federation, minister of foreign affairs, and ambassador of Georgia to France. Chkhenkeli also had the honor of delivering the first speech at the university's opening on January 26, 1918.

The album was financed by the Swedish International Development Cooperation Agency (Sida).